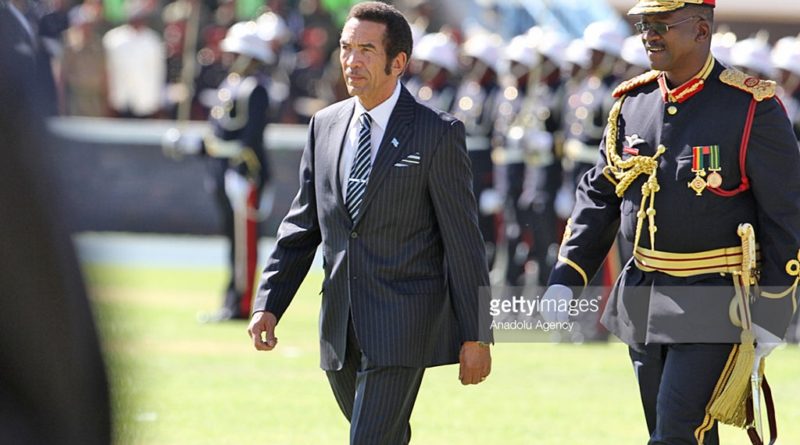 This past week has been quite remarkable in the life of the columnist and writer. Yours sincerely received a ticking off from his first daughter for what was perceived as the unrelenting gloom and despondency of the column, particularly the last one which seemed to have crossed the line with its bile and implacable bitterness about the fate of the Black person in the epoch of globalization.

For a moment, snooper thought his own fate might not be dissimilar to the lot of Soren Kierkegaard, the great Danish philosopher, who was often banished from the family dining table and sent upstairs when visitors came around lest he infected the great atmosphere with the virus of unrelenting gloom and pessimism.

The letter reads: “Permit me to intrude, sir, but I have noticed a somewhat melancholy tone to many of your written pieces of late, particularly in relation to the 21st century. Whatever happened to optimism of the will? Good night my dear father. Have a great week ahead”.

Not to be fazed, yours sincerely shot back: “A worthy and noteworthy intervention. What you should ask yourself is why your father is still in the trenches despite the obvious melancholia. According to Gramsci, optimism of the will must be accompanied by pessimism of the intellect…..(some personal details omitted)…. Thank you and bless you my beloved daughter.”

Snooper now opens his defence proper on this weighty matter. In November 1997, exactly twenty years ago, a historic conference took place in London to commemorate forty years of the Black Star, that is, the independence of Ghana and the lowering of the colonial flag. It was the culmination of an epic struggle for decolonization in Africa and was to open the floodgate for the formal independence of many countries in tropical Africa.

1997 was a great time to be an African. A slow but inexorable wave of demilitarization and democratization was unfolding in many African countries. Despite the fact that Nigeria lay cowering under General Abacha’s despotic hammer, South Africa had just come in from the Apartheid cold, boosting hope and morale. On the economic front, countries such as Ghana, Uganda, lately genocidal Rwanda, Senegal, Cote D’Ivoire and Tanzania were beginning to emerge as poster children of World Bank economic reform.

Consequently, the historic conference took place in an atmosphere of great euphoria and optimism. The chairman, Chief Emeka Anyaoku, as at then the Commonwealth Secretary General, delivered a rousing speech brimming with hope and enthusiasm. The consensus was that Africa was turning the corner at last.

The slew of international businessmen who graced the occasion appeared willing to take a plunge into the storied Dark Continent. This heady optimism was reflected in the communiqué which urged Africans to do away with afro-pessimism and adopt the doctrine of afro-pragmatism, a realistic appraisal of the possibilities and prospects of Africa in the light of emerging realities.

Yet in a paper delivered at the conference, yours sincerely noted that while the lowering of the colonial flag in Ghana forty years earlier was a tribute to the resilience and heroic doggedness of African freedom fighters and anti-colonial avatars, it was an even more profound tribute to imperialist rule, particularly its ability to territorialize, de-territorialize and re-territorialize African territory at will. The lowering of the colonial flag may well herald the raising of another type of flag.

Twenty years after, a new type of colonial flag which does not require physical strength or actual presence to secure its imperialist suzerainty is blooming at full mast all over Africa. As the rampaging momentum of globalization seizes control of the continent making nonsense of the old colonial borders, the youths of Africa and its hopeless vagrants flee from the hell-hole only to end up as slaves in the Tripoli Slave Terminus.

According to an Arab proverb, to flee your fate is to rush to find it. Popular uprisings in Egypt and Tunisia have led to a consolidation of the status quo. In Libya, a revolt against Muammar Ghadaffy has eventuated in chaos and stateless anomie. After sacking Mobutu, the old Congo has become a war circus with a rogue tyrant superintending the murderous farce. CAR, Somalia are murdering and bombing their way back to regular statehood.

In neighbouring Cameroons, Anglophone protests against the Francophone oligarchy have taken a murderous turn. In post-military Nigeria, we are learning that something may just be worse than an army of occupation, which is a civilian army of occupation far more predatory and depredatory than military rule.

This, admittedly, is not the full picture and Afro-optimism and Afro-pragmatism enjoin us to look at the total picture and see the few oases of continental rebirth. But this is what we have been doing for the past six hundred years since the advent of the first wave of globalization that accompanied the internationalization of the slave trade.

It was said that when the great Mohammed Ali finally arrived at the feral slum and its human fiascos which was downtown Kinshasa, he was known to have knelt down to thank God that his ancestors didn’t miss the slave galley. Human beings are no better than their animal cousins where and when the institutions put in place to secure and safeguard civilization have all but collapsed.

When the Portuguese arrived at the old Kongo kingdom six hundred years ago, they met an African society far superior in organization and far more sophisticated in hierarchical order than the one they left at home. They loitered around to encounter the army that gave military teeth to the wondrous societal arrangement. Alas, there was none. In the next decades, the entire populace was transported to Brazil as slaves through the new slave port of Luanda. As at the moment, the old kingdom has played host to three different types of colonial rationalizations: Portuguese, French and Belgian.

If the truth must be told, the full picture is very damning indeed. For any entity to remain viable and sustainable, it must be able to reproduce the minimum condition of its own possibility. Many nations in Africa can no longer satisfy this iron law of self-validation and renewal. Ravaged by hunger, want, disease and incredible mismanagement of human and natural resources, they have become carcasses and grim caricatures of authentic nation-states.

So, where do we go from here? If you find yourself in a hole, the minimum condition for survival is that you must stop digging. Yet many African nations are digging furiously, from the Atlas Mountains right to the mouth of the Zambezi River. The only hope lies in the emergence of a new generation of African leaders who will drag the laggard continent screaming and kicking from the hellhole of millennial suffering to the threshold of compulsory modernity. That is a tall order indeed.

The much-rhapsodized peer review mechanism of the African Union is a miserable misnomer; a grotesque racket for self-protection and the perpetuation of the old status quo. When was the last time anybody heard any African nation speaking truth to fellow oppressive power? When was the last time the doctrine of non-interference in the internal affairs of sovereign states gifted them the collective moral and political resolve to put their foot down in a clear case of democratic rape?

In the case of Yahya Jammeh of Gambia, it was only because the progressive nation of Senegal vehemently demurred. Yet we were all alive when Tanzania under the leadership of the great African nationalist titan, Julius Nyerere, invaded Uganda to restore order and sanity.

Even in the recent Zimbabwean debacle, all we could hear from many African capitals with the glorious exception of Botswana was the canard about lawful transition and respect for national institutions, as if it was not the violent assault on these by Robert Mugabe that led to the crisis in the first instance. Left to these African leaders, the old wizard of Harare would still be in power waiting for the inevitable biological coup d’etat.

Senegal and Botswana could afford to put their foot down and damn the consequences because they have the moral and political capital to do so. No old woman likes to hear the talk about creaking bones when she is passing. For decades, Senegal and Botswana have been regarded as shining exemplars of good governance and economic empowerment of their people.

There is a direct correlate between the internal structure of a nation and its capacity to wield external influence for good. Nigeria can only wince in pained silence as the Stone Age despots of Togo and Cameroons crack down on their own people. In the countries mentioned, a minority power elite and ethnic hegemonists have turned life into hell for their own people. You cannot offer what you don’t have.

Yet, it should now be obvious from the events of the past sixty years since the colonial flag was lowered in Ghana that if African leaders, particularly those of the war-ravaged zone of Tropical Africa, fail to find the courage to put their houses in order through internal reforms and political reconfiguration that accelerate social justice, democratic parity and economic empowerment of their people, it will be done for them under circumstances beyond their control and their ken. Nobody can hold history to ransom. The global patrol recognises only troubled zones and not zoning troubles.

Those who are unprepared to face fresh challenges of history will become its perpetual victims. History does not deal fair cards when it comes to geography, the location of natural resources and the disposition of human resources for that matter. It is the responsibility of political elites to find the strength, the inner resources and the visionary impetus to creatively adapt to the circumstances they have found themselves. Nobody ever hears of the modern Israeli moaning that they have been stranded in a desert, or the Scandinavians complaining about the scourge of ice or shortened day time.

Sixty years after the lowering of the flag in the former Gold Coast, it is obvious that most countries in sub-Sahara Africa have failed to adapt to their unique circumstances either through necessary internal reforms or the radical restructuring of the colonial torture wracks they have inherited. The results are the horrific brutalities of the new Slave Trade, the apocalyptic internal cruelties, the political sadism and social cannibalism that have been the lot of their people in the early twenty first century.

But we must never and will never give up on Africa. Optimism of the will suggests that we must never abandon the project of continental redemption even in the face of daunting prospects. If we do, the Second Partitioning of Africa will become a horrendous reality as the third wave of globalization knocks at the door. Unfortunately this time around, there will be no Berlin Conference or international do-gooders, only undertakers and pallbearers of continental exhaustion.