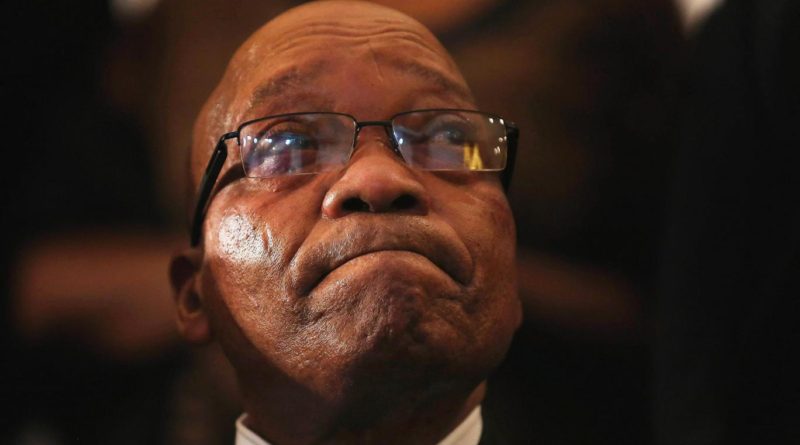 The apartheid system conceived by the National Party was an abomination, an anti-human rights and racist political system rightly described by the United Nations as a crime against humanity.

Yet in a strange irony, one of apartheid’s vilest leaders, John Vorster, behaved honourably when he resigned as ceremonial president of the country in 1978. This followed the Muldergate or Information Scandal in which R64-million had been wrongfully spent in corrupt ways to prop up an apartheid state in the face of widespread condemnation of its discriminatory policies.

The Rand Daily Mail and Sunday Express in the late 1970s sought to investigate the misuse of state funds in the same way that Amabhungane and Scorpio and other investigative journalists are probing the involvement of the Gupta family in state capture projects, which also implicate President Jacob Zuma and some of his Cabinet colleagues in the looting of state resources.

But surprisingly, why would Zuma, elected to the office of the president in a constitutional democracy, find it hard to resign in light of hard evidence showing his hand in all kinds of unsavoury behaviour of the government in some of these corrupt schemes? By contrast, Vorster, then leader of an oppressive apartheid system, tendered his resignation when he got cornered by his own colleagues for colluding in criminal acts of corruption and deception.

Zuma is in a similar position to that in which Vorster found himself nearly 40 years ago. An avalanche of 783 criminal charges including those of corruption and racketeering have been preferred against him. Like the evasive protagonist of The Scarlet Pimpernel, despite proclaiming that he wanted to have his day in court, he has been as slippery and evasive as that character.

He is a man under siege, and reports suggest that the patience of many of his comrades in the ANC is wearing thin about his unethical behaviour, and can no longer countenance “the pranks of a delinquent president”, and would rather have him face the might of the law as a precursor to forcing him to resign.

Zuma is already reeling under the weight of a variety of scandals and acts of impropriety, including harbouring the Gupta family. In his corner, he has “an assortment of unsavoury characters of dubious orientation” who are trying to curry favour with him in anticipation of the lucrative Russian gas/oil deal from which they think they can benefit “as black economic empowerment candidates”.

The president, when he was inaugurated under oath, promised to “uphold, defend and respect the Constitution as the supreme law of the Republic”

But on many occasions he has shown scant respect for the supreme law of the country. Some of his comrades and the veterans in the ANC have privately and publicly expressed the desire to have him removed from office “because he has become a liability”.

Recently some of his ANC colleagues in Parliament, notably Makhosi Khoza, supported the vote of no-confidence against him. The process was spearheaded by the opposition parties because, among other things, the president has become an embarrassment to the country and the ANC — perhaps to the same extent as the apartheid commission of inquiry of 1979, nearly 40 years earlier, had found Vorster to have been an embarrassment to the National Party and the apartheid government by acting unethically and improperly by authorising the use of slush funds without authority and as a ruse to defend apartheid and its hurtful policies.

The point about the apartheid commission of inquiry is not whether Vorster, information minister Connie Mulder and secretary of information Eschel Rhoodie had been right or wrong in defending the apartheid regime. It was Vorster’s deception about the use of slush funds that were the bone of contention for the commission.

Vorster, as it turned out, masterminded, with the collusion of Mulder and Rhoodie, a scheme to siphon off from the defence budget R64-million with the aim of propping up the image of the apartheid regime through disinformation and other propaganda projects, which also included, among others, the launch of The Citizen newspaper to assure the English-speaking community of the usefulness of apartheid as a sound policy for the preservation of white privilege.

The similarities are stark. Vorster, an apartheid government leader, is caught with his pants down in acts of deception and corruption. He owns up to his misdeeds, and resigns. Zuma, a leader of a democratic South Africa, is on many occasions caught in acts impropriety but shows no sense of shame or contrition. When challenged by the opposition and some members of his own party to resign because he is not fit for office, he laughs it off and appears unmoved or blasé about it all.

Leadership is about morality and knowing “how we ought to live”. It is ironic that Vorster, whose political party acted unjustly towards black people, placed some premium on what it meant to be to be a conscientious moral agent. When found short of living up to high moral standards by his party, he resigned as a form of contrition.

In his latest poverty report, statistician general Pali Lehotla said more South Africans were sinking into poverty mainly as a result of the government’s politics, which fail to bring about economic growth. In 2017, the number of people living in grinding poverty escalated to 30.4-million of South Africa’s 55-million population — and more South Africans, about 13.4% of the population, are extremely poor, surviving on R441 a month or less.

There is something to be said about the Information Scandal and Vorster’s resignation. Even as he presided over an illegal minority regime that oppressed black people, when a “legally constituted” commission of inquiry pointed to his complicity in the scandal, he understood that his action of colluding in the evil of corruption had deprived him of the legitimacy to lead.

Since he ascended to political power in 2009, Zuma has been rocked by political scandals of indiscretion and allegations of impropriety. These include Nkandlagate, Guptagate, the rape charges for which he was acquitted in 2006 and the now reinstated 783 corruption charges by the high court, which he has applied to have overturned by the Supreme Court of Appeal.

What is the ANC national executive committee going to do to force its own erratic president to resign in the face of overwhelming evidence of incompetency and complicity in acts of alleged corruption and criminality?

The nation is groaning. Senior and veteran members of the ANC are groaning. Former president Thabo Mbeki recently said the ANC did not lack sound policies, but its leadership had become a stumbling block to progress.

No South African desires for our beloved country to end as a wasteland. As the country approaches the ANC elective conference in December, someone must whisper in the ears of Zuma the words of Socrates, “how we ought to live”.

As a democracy, we ought to be better than the National Party and Vorster. The president must seriously examine his conscience. The Constitution demands of Zuma to uphold and defend and respect the Constitution. Today, the question is: How long will the ANC, the so-called leader of society, shield the president when it is clear that he lacks the ability to govern?