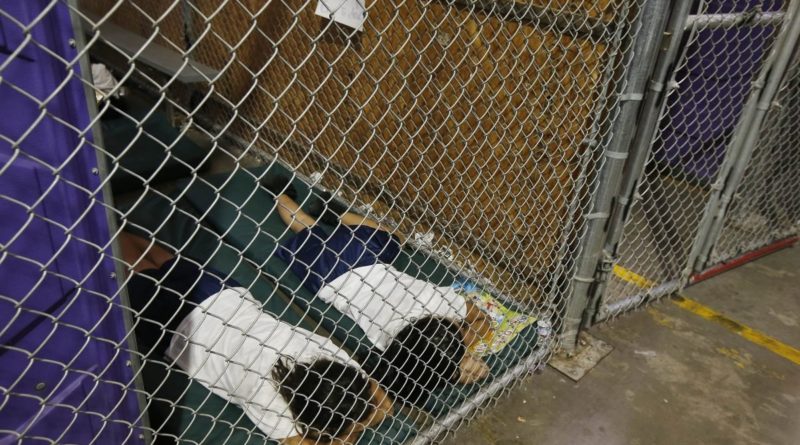 On a rainy Wednesday in February, I was lucky enough to witness the naturalization ceremony for the newly minted American citizens in the Franklin County Board of Elections on Morse Rd.

Judge Edmund Sargus Jr, the Chief Judge of the U.S. District Court for the Southern District of Ohio,  presided as 150 immigrants from 52 countries pledged an oath to take up arms  and to defend the U.S. during a large Naturalization Ceremony . The youngest of the new citizens was 19 and the oldest was 80 years old.

Among those  who were taking the oath of allegiance was my wife. She came legally to America from Somaliland through a visa for a spouse of a U.S. citizen that I had procured in 2011.

The applicants were joined by their families and friends, who filled the board of elections to full capacity. Many new citizens, to highlight the importance of ceremony, wore formal clothes and were joyfully shooting the event with photo and video. They waited in line to take a photo with Judge Sargus after they had taken the oath.

The citizenship process is long years for the most of the immigrants. To become a naturalized US citizen involves fulfilling a list of requirements: The new applicant must be 18 years of age and a lawful permanent resident. The applicant must also have  lived in the United States consecutively for at least five years and be able to speak, read and write English. An applicant must pass a vetting process, which includes a detailed FBI background check,  attend an interview with US Citizenship and immigration services and pass the citizenship test, which has questions covering American history, culture and government.

The applicant must also pay $725 application fee. More importantly, the petitioners must file taxes regularly and pay any unpaid overdue back taxes. And finally, the person must take the oath.

But these new group of citizens are taking the oath of allegiance during a tumultuous time in our country. Political polarization is dividing our nation. Partisan gridlock over  immigration and border security has paralyzed the Congress. And, the election of Donald J.Trump has already done a great damage to the our democratic institutions and America’s standing in the world.

It is a time in which vitriolic anti-immigrant sentiments in social media, violence against religious minorities and anti-Semitism are on the rise. Last October, a hateful gunman killed 12, including three police officers at a Jewish synagogue in Pittsburgh.

It is also a time when the president through executive orders has instituted hard-line and inhumane immigration policies: Trump imposed a travel ban on six predominately Muslim countries, severely curtailed refugee resettlement programs, and also separated desperate children fleeing from violence and abject poverty in Central America and housed children in a make shift camps at the border. And now, to keep his 2016 campaign slogan “Build the wall”, Trump has declared a national emergency to transfer money from other projects for a wall with Mexico.

Despite all of these manufactured crises, the new citizens received a welcome letter from the president, saying, “You now share the obligation to reach out our values to others, to help newcomers assimilate to our way of life.”

Judge Sargus reminded the new Americans,” When you become new citizens, also know you add new vigor, new vitality the life and history of this country.”

Today, America’s tradition of a nation of immigrants from any corner on the earth that came together and assimilated into one great culture, is under siege from Trump whose grandfather and mother were immigrants.

I believe it is time for our elected representatives, to stop partisan extremism and gridlock for the sake of our country; perform the duty the constitution has vested on them and pass a pragmatic, fair, non-discriminatory bi-partisan comprehensive immigration reform. We need a new immigration reform legislation that addresses our economic well-being, protects the homeland but also reflects American values.

If Congress fails to contact, it would only lead to more court orders from men and women in black robes like Judge Sargus to rein in presidential use of executive orders on immigration matters— a President who is willingly taking his cue from a few out-spoken right-wing talking heads.

is the founder and editor Gubanmedia.com, a 24/7  online magazine of news analysis and commentary about the  greater Horn of Africa region. He can be reached at aliadm18@gmail.com

This piece was originally published at Columbus Dispatch