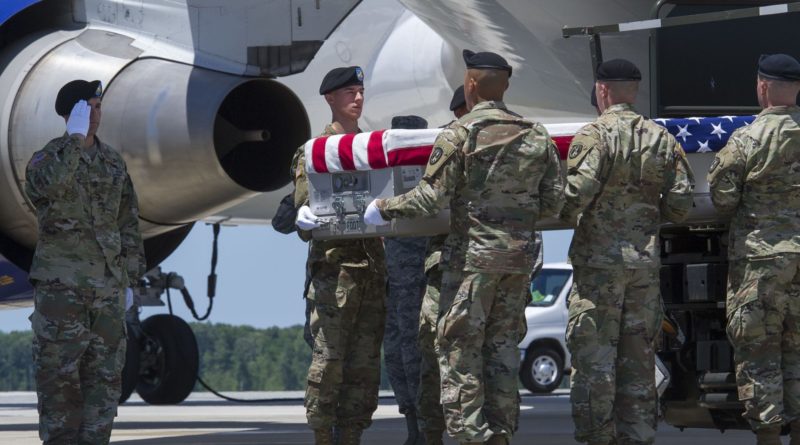 President Donald Trump has declared his intent to withdraw US troops from Syria. He should also bring our troops out from Somalia’s quagmire and stop wasting American blood and treasure propping up an un-elected, corrupt Somali government.

Former President Obama escalated US military intervention in Somalia to fight Al-Shabaab, al-Qaida affiliate group that used to control swaths of territory in southern Somalia. But President Trump has a chance to end US involvement in Somalia the right way.

Now, al-Shabaab is on the run, and can’t wage conventional warfare. The African Union mission troops known as AMISOM have systematically liberated most of al-Shabaab held territories in southern Somalia; al-Shabaab leadership has also been decimated by US drone strikes.

The group can’t sustain a long term endeavor without support from external forces or its financial backers in the rich Gulf Arab countries. It now relies heavily on extortion and racketeering for revenue. However, it is a threat to neighboring countries but they have adequate military strength to secure their borders.

Al-Shabaab is exploiting local grievances and discontent among marginalized clans, who live in the Shebelle river valley and Juba regions. Those disaffected clans feel that the U.S. trained, al-Shabaab infected, and one clan dominated Somali army, is using the fight against al- Shabaab just to grab their fertile land. For them, although they don’t share al-Shabaab’s extreme ideology, they see the group defending their lands from clan militias associated with the Mogadishu government.

The man, the US is backing as the leader of Somalia is holed up in a hilltop palace in Somalia’s capital. He heads a tenuous government that is unable to protect its people, administer justice or deliver basic services. The Somali government does not enjoy the support of majority of the Somalis. Without the support of the AMISOM troops it would collapse, and according to the U.S.  State Department, “The security situation in Somalia remains unstable and dangerous.”

Somalia is a country that has failed to exercise even the minimal functions of a sovereign nation. But the United States treats Somalia as a sovereign nation, as though membership of the highly politicized United Nations somehow confers legitimacy. The U.N.’s members include the worst human rights abusers in the world: Syria, Myanmar, China, Russia, Saudi Arabia and Egypt, according to Amnesty International.

Despite United Nations peace efforts, billions of dollars in foreign aid, and 28,000 African Union Mission (AMISOM) soldiers from eleven countries, Somalia is still ungovernable for factional reasons, and  because of the internal political feud among Somali political leaders over the spoils of foreign aid.

The heavy handed foreign meddling, especially Somalia’s self interested neighbors, is also detrimental to the creation of a secure environment for a functioning, stable government. In fact, there was no Al-Shabaab in Somalia before the 2006 US backed Ethiopian invasion of southern Somalia.

In 1992, President Bush sent 28,000 American troops as a part of UN humanitarian mission, after the fall of the despotic Somali dictator, Siad Barre. Our troops saved close to one million lives in southern Somalia. As soon as that mission changed into  a United Nations led nation building effort, US troops got involved  deciding the winners and losers  in Somalia’s  civil war, which led to the death of 18 American servicemen. Finally, President Clinton ordered an orderly withdraw from Somalia.

President Trump took the oath to protect the American people and to secure its borders. He campaigned for non-interventionism and a no nation-building foreign policy platform. He was not elected to use American forces to intervene in every unnecessary foreign conflict, or in the case of the Somalia intervention, to back one faction of Somalia’s previous civil war in the place of al-shabaab or to act as a proxy force.

Instead of dictating of Somalia’s political future, US should let Somalis take charge in securing their homeland and Protecting their people, and fight for their own country and destiny.

America’s options in Somalia are very limited because everything hinges on how Somali clans manage to forge a political process to work and live in peace together. There is no compelling goal here worth risking more American lives or treasure in Somalia’s clan driven terrorism. It’s time to bring our troops out from Somalia and bring them home.

is the founder and editor Gubanmedia.com, a 24/7  online magazine of news analysis and commentary about the  greater Horn of Africa region. He can be reached at aliadm18@gmail.com

This piece was originally published at Columbus Disptach