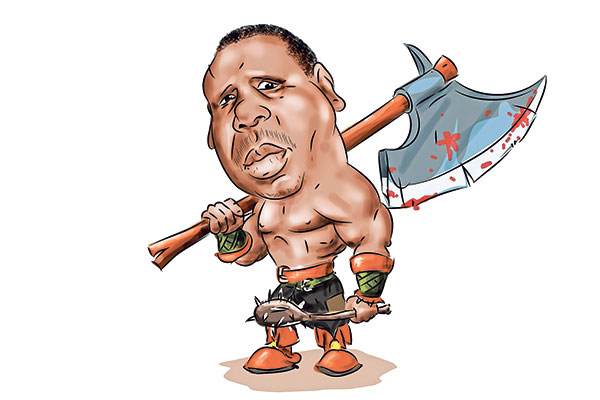 The fighting led to the burning of churches and the looting and destruction of the businesses to the non-Somali communities in Jigjiga, the seat of the Somali regional government, according to AP.

The people in the Somali region of Ethiopia have suffered for a long time. They have endured hopelessly massive human rights abuses and torture under the tyrannical rule of the thug Abdi Mohamoud Omar, aka Abdi Illey, the un-elected president of the Somali region, who was forced to resign yesterday over allegations of torture and human rights abuses.

Last year, when thousands of Amhara and Oromo prisoners were released from federal prisons, many Somali prisoners were still languishing in one of the most notorious detention centers in Ethiopia, Jail Ogaden in Jigjga, and other prisoners were not accounted for, according to a report Human Rights watch released last  month.

For the last two decades, the abuses that plagued the Somali region was attributed by the previous Tigrean People’s Liberation Front (TPLF) dominated regime which ran the region as occupied territory. In fact,the military and intelligence services control all aspects of the internal political dynamics of the Somali region.

During his misrule, Abdi Illey commanded the prison guards and a notorious para-military force the Liyu (Amharic for “Special”) police.

The TPLF military and intelligence services set up the Liyu police, funded by western donors, as a proxy counter insurgency force against the Ogaden National Liberation Front (ONLF) —a group fighting for self determination for the Somali region.

Most of the units of the force are recruited from his own Sub-clan.

Since the Liyu police was instituted, Abdi Illey has been using that force to terrorize the civilian Somali population in the region with impunity, under the guise of fighting ONLF or terrorism in Somalia proper.

The federal  security forces and the Liyu police were accused  of crimes against humanity, including  “Mass killing, kidnappings, systematic use of rape, torture, arbitrary arrest,  looting livestock, destroying wells, and razing villages to the ground,” according to the Human Rights Watch.

But so far, no one has been held accountable for those atrocities, some of which may constitute war crimes or crimes against humanity.

The Somali region is the second largest state by land mass in Ethiopia and it is rich in natural resources, especially natural gas. But it is the least developed and most unstable region in Ethiopia. The people in the region are the poorest in Ethiopia and are vulnerable to recurring droughts and famine.

Moreover, politically, the region is mired with corruption and bad governance, and its people are highly marginalized. The party that runs the region is not even a member of the ruling coalition.

The fate of millions of people in the region  can’t be decided or dictated by the un-elected puppet Somali regional government or the ONLF led by former military generals of the corrupt and murderous regime of Siad Barre of Somalia, alone.

Neither the ONLF, which was militarily defeated, nor the hopelessly corrupt and incompetent leadership of the Somali regional government represents the interest of the majority of Somali clans in the region.

The only way to lift the region out of this abyss of violence and torture is  through a Somali owned grassroots truth and reconciliation conference to be held inside the country, similar to the one that is now taking place in the city of Dire Dawa in eastern Ethiopia. The meeting would bring together all stakeholders and factions of the region, to charter a new political covenant.

That new political covenant should involve a power sharing formula for Somali clans in Ethiopia, a provisional government; with the power to work and negotiate with the forces of change, and to take part in any talks about Ethiopia’s future, and to prepare for the region for a free and credible election in 2020.

The provisional government would also become a powerful political organization representing the aspirations of all Somali clans in the region.

More importantly, what the beleaguered civilian populations in the region desperately need is justice and accountability: Any individual with blood on their own hands,and their  enablers in the Ethiopian army and the intelligence services, have to be held accountable for the unbridled atrocities that took place there.

The Ethiopian state should not be complicit in the torture and slaughter of its citizens or the ongoing communal violence between the Oromo and Somali communities, who have co-existed peacefully for centuries.PM Ahmed Abiy must fight the culture of impunity for torture that has prevailed in the Somali region for so long.

It is also time to end the reign of terror of the Liyu police. In fact, it is time for PM Abiy to disband the Liyu police for good and to replace it with an inclusive professional regional police force recruited from all Somali clans in the region.

All that the people of the region want is to decide their own future and a fighting chance for a better life. A future where freedom of expression, association and assembly are respected and people can choose freely their own government without fear, intimidation, or violence.

Finally, Ethiopia is slowly moving in the right direction after the reformist PM Abiy took power over 100 days ago. But unless PM Abiy tackles justice, the rule of law, and impunity; a culture of abuses, combustible tribal violence, and rebellion would continue to foster in Ethiopia.