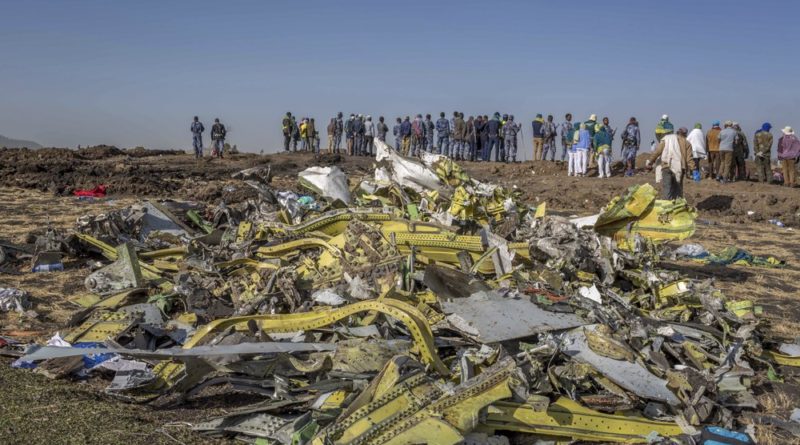 SEATTLE (AP) — Ethiopian Airlines’ former chief engineer says in a whistleblower complaint filed with regulators that the carrier went into the maintenance records on a Boeing 737 Max jet a day after it crashed this year, a breach he contends was part of a pattern of corruption that included fabricating documents, signing off on shoddy repairs and even beating those who got out of line.

Yonas Yeshanew, who resigned this summer and is seeking asylum in the U.S., said that while it is unclear what, if anything, in the records was altered, the decision to go into them at all when they should have been sealed reflects a government-owned airline with few boundaries and plenty to hide.

“The brutal fact shall be exposed … Ethiopian Airlines is pursuing the vision of expansion, growth and profitability by compromising safety,” Yeshanew said in his report, which he gave to The Associated Press after sending it last month to the U.S. Federal Aviation Administration and other international air safety agencies.

Yeshanew’s criticism of Ethiopian’s maintenance practices, backed by three other former employees who spoke to AP, makes him the latest voice urging investigators to take a closer look at potential human factors in the Max saga and not just focus on Boeing’s faulty anti-stall system, which has been blamed in two crashes in four months.

It’s not a coincidence, he said, that Ethiopian saw one of its Max planes go down when many other airlines that fly the plane suffered no such tragedy.