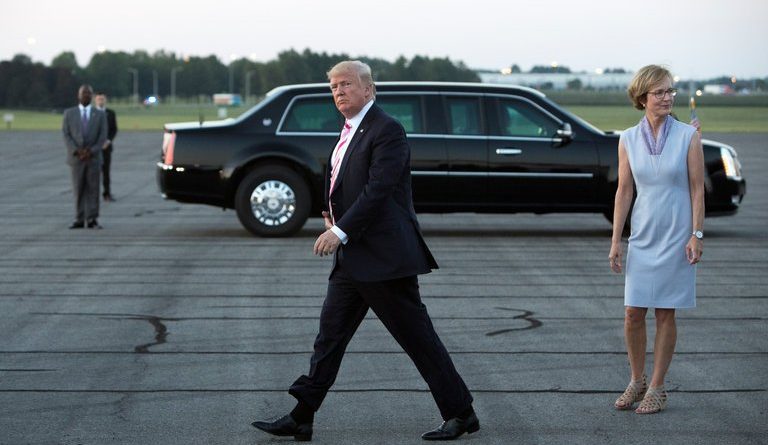 Impeachment proceedings will very likely be so good for President Trump and so bad for Democrats that they might have to report them as an in-kind donation to his campaign.

Perhaps the Democratic leadership thinks that this is a good way to raise money and to keep the base energized for next year’s election. Maybe they’re addicted to the intoxicating high of moral outrage. Or maybe they really believe that an impeachment just before a general election is the right thing to do both morally and politically. Regardless, the Democrats pushing impeachment, now joined by the speaker of the House, Nancy Pelosi, are doing everything they can to ensure the president’s re-election.

Of course, that’s not what Democrats think. They think that now, finally, in the president’s call to his Ukrainian counterpart, Volodymyr Zelensky, they have Mr. Trump right where they want him. But we’ve all been down this road before. The Russia probe was supposed to end in impeachment. It didn’t. Claims made in Michael Wolff’s book “Fire and Fury” were supposed to end the Trump presidency. They didn’t, either. Neither did the salacious stories of Stormy Daniels or the testimony of Mr. Trump’s former lawyer, Michael Cohen. Neither did a litany of other allegations, slanders and stories, some true, some not.

This time is no different, and I think Democrats like Nancy Pelosi know it. She’s been pressed hard to pursue impeachment by her younger, more radical colleagues — in and out of “the squad” — along with their activist supporters and many of the party’s presidential candidates. She resisted until now. So Ms. Pelosi’s decision to change course and proceed with impeachment is more likely the result of the combination of that pressure and the cumulative effect of frustration that none of the prior predictions came true.

None of the fuss did any lasting damage to Mr. Trump. His approval ratings have bounced around in more or less the same range since he took office. But frustration and anger lead to bad decisions and those decisions are likely to cost Democrats dearly.

Joe Biden bears the most political risk. Democrats are focused on the part of the phone call where Mr. Trump and Mr. Zelensky discuss a number of things, including the potential sale of Javelin missiles to Ukraine and the location of servers examined by the American cybersecurity firm CrowdStrike. (Mr. Trump is interested in the servers because he believes they could shed new light on the hacking of Democratic National Committee servers in 2016.) Mr. Trump also brings up Joe Biden, saying, “There’s a lot of talk about Biden’s son, that Biden stopped the prosecution and a lot of people want to find out about that so whatever you can with the attorney general would be great. Biden went around bragging that he stopped the prosecution so if you can look into it… It sounds horrible to me.”

In that and other statements, Democrats see an impeachable offense. A lot of other people see one head of state asking another for an investigation into potential corruption involving the Bidens. Hunter Biden was on the board of Burisma, a gigantic natural gas company in Ukraine, earning as much as $50,000 a month. Why was he there? At the same time, his father was overseeing American policy in Ukraine and later bragged about how he had pressured Ukraine to fire a prosecutor there.

Regardless of one’s view, there is no way to look into the rectitude of Mr. Trump’s call with Mr. Zelensky without also asking a lot of uncomfortable questions about Hunter Biden’s business dealings in Ukraine during Barack Obama’s second term and Joe Biden’s actions while vice president. Those threads could lead to a review of Hunter’s dealings with China and the role his father might have played there. That’s all bad for Mr. Biden and his campaign, regardless of what’s found (or not found). Democrats want an investigation, they want hearings and they will get them. But the Bidens will be scrutinized.

Maybe Democrats have secretly given up on Mr. Biden and see impeachment as a way to satisfy the demands of the activist base and at the same time get rid of him and ease the path for another candidate. I suspect that a lot of Democrats in the superdelegate and donor class have concluded that Mr. Biden is not capable of reassembling the Obama coalition that won the White House twice, and are also increasingly uncomfortable over Mr. Biden’s ability to withstand the rigors of a campaign against Mr. Trump.

Still, this remains dangerous political ground. Impeachment is a matter of the utmost national importance, and its success requires broad public support. The vote in the House to open impeachment proceedings against Richard Nixon was 410-4; against Bill Clinton it was 258-176. The actual impeachment votes against Mr. Clinton in 1998 were 228 to 206 on perjury and 221 to 212 on obstruction of justice. He was not convicted of either charge in the Senate trial.

Now, compare the political outcomes. The broad, bipartisan vote against Nixon led over time to a series of events in which conservatives, including the Republican candidate who preceded Nixon, Senator Barry Goldwater, abandoned the president, who ultimately resigned. The narrow, partisan votes against Mr. Clinton led to his acquittal. Al Gore narrowly lost the next presidential election while Democrats picked up a seat in the House. Hillary Clinton went on to become a senator, secretary of State and presidential nominee. In other words, when Republicans allowed their animus against Mr. Clinton to override their political instincts, they were hurt, but the Clintons were not.

Surely Ms. Pelosi must know that there are not 67 votes in the Senate to convict President Trump of anything relating to his phone call with President Zelensky. So it’s just political theater. The problem is that as it plays out over the next year, everyone will get the joke: The House is just going through the motions to stoke its own base before the election, just as Newt Gingrich’s majority did in 1998. That, in turn, will energize Republicans to support the president. But there is another danger for Democrats lurking here: that they will ultimately demoralize their most loyal voters when they realize the joke’s on them. There will be no resignation, there will be no conviction in the Senate.

But there will be an election. And by focusing on their obsession with the person of Donald Trump, Democrats are giving up the opportunity to talk about wages, employment, the shrinking middle class or any of the other things that motivate normal voters. After two and a half years of hearing about Russia, Russia, Russia, there are vanishingly few swing voters who want to spend the next 14 months hearing about Ukraine, Ukraine, Ukraine.

For the Democrats, the political problem is that this is just more Washington psychodrama. And as engaging as that it is for people in politics, for the journalists who cover it and for people who are deeply ideological, it is uncharismatic and irrelevant to many voters who, rightly, just want to know what Washington is going to do for them.

In reality, everyone knows that Ms. Pelosi’s pursuit of impeachment will not result in a conviction in the Senate and the removal of Mr. Trump from office. So it’s hard to see this as anything other than desperation — an acknowledgment that there is no Democratic candidate likely to beat Mr. Trump head-to-head on issues like China’s mercantilist trade policy, stagnating wages, the shrinking middle class and immigration. By choosing impeachment, Democrats are choosing the ground on which they want to fight the election. But the ground they have chosen is shaky. It imperils their current front-runner, and it avoids the very issues that motivate voters in must-win states.