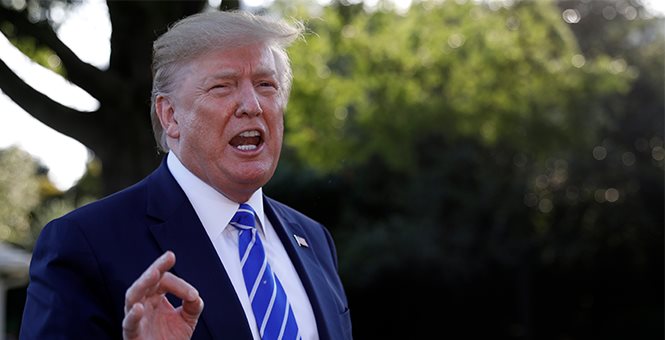 Donald Trump came into office promising to not start any new wars and to get us out of the old ones our feckless elite had dragged us into, and now that he’s doing it in Syria the usual suspects are outraged. How dare he actually deliver on his promise not to have anymore of our precious warriors shipped home in boxes after getting killed on battlefields we can’t even pronounce, while refereeing conflicts that began long before America was a thing, in campaigns without any kind of coherent objective?

Conservatives like me still think of ourselves as hawks, but after hard experience we have learned to be hawkish only where America’s interests are directly at stake. We’re not doves. We’re just not going to spill our troops’ blood when we do not absolutely have to. The elite may not like our attitude, but then it’s generally not the elite that ends up having to bury its sons, daughters, husbands and wives. We do.

I generally like the Kurds. I generally dislike the Turks. But they’ve been killing each other for a long time and no one has yet offered a sufficient reason why America should stick its troops in the crossfire between them. We hear words like “betrayal” tossed around, often by people whose track record re: honor is (charitably) lacking, but that assumes America had a say in this latest round ramping up. If the Turks are intent on invading, a firm “No” from the Oval office is not going to stop a battalion of Leopard tanks. If you want to stop them, you have to be prepared to stop them. That means war, and the president – along with millions of us – say “No thanks.”

Some solid conservatives who I respect disagree with the president’s take. They point out that the Kurds have fought with us and that they’ve had a raw deal. They also point to the Turks’ sordid history of genocide, like with the Armenians. These are good points – I spent 16 months away from my family deployed helping Muslims avoid a genocide in Kosovo – but they are not good enough to justify us doing the only thing that can stop the Turks if they are committed to their threatened aggression, i.e., being willing to have American troops fight them.

Let’s have some real talk, because the Orange Man Bad side of the debate – the side that suddenly is all hopped up on war juice – offers nothing but hack clichés to support its amorphous position. The Kurds helped destroy ISIS, true. It’s also true that the Kurds would have fought ISIS anyway, since the psycho caliphate was right next door. Let’s be honest – the Kurds didn’t show up for us at Normandy or Inchon or Khe Sanh or Kandahar. The Syrian Kurds allied with us in their homeland because we shared a common interest in wiping out the head-lopping freak show that was ISIS. Moreover, all Kurds are not equal. The PKK – the Kurdistan Workers’ Party – are a bunch of commie terrorists who have been fighting the Turks for a long time. Those reds are no friends of ours, and it’s their antics that seem to be inspiring the Turkish campaign. I have little use for the Turks, but they aren’t just picking this fight for Schiffs and giggles. The fact that it’s all so confusing is a really, really good reason for us to stay the hell out of it.

Moreover, we keep hearing about our “obligation” to the Kurds, but who is the genius who promised the Kurds that if Turkey attacked the United States would go to war? Would that promise be binding on us if it were? After all, I don’t recall my senators voting on a treaty – after debate and with accountability to us voters – agreeing to put American lives on the line to protect the sovereignty of hypothetical Kurdistan. This idea that some sort of obligation for America to defend another people can arise outside the treaty ratification process is as bizarre as it is unconstitutional. Now we’re supposed to shed our blood because our elites feel we owe it to foreign strangers?

I do note that there is one treaty, duly signed and ratified by the Senate, at play here. That’s the NATO treaty under which we agreed to go to war to defend Turkey if attacked. If Erdogan, that thug, were more cunning he would assert Article 5 and demand NATO forces come to Turkey’s defense against the cross-border attacks by the PKK.

None of this is to justify what Turkey is doing. I hope the tough and brave non-communist Kurds bloody these bullies’ noses. But I cannot think of any way to adequately explain to the mom and dad of a 20-year-old 82nd Airborne 11 Bravo paratrooper from Rancho Cucamonga why their son got his head blown off in Northern Syria fighting the Kurd’s war for them.

In the Army War College, they drilled into us the necessity of a clearly defined objective as the foundation of every successful military operation. If you do not know exactly what you wish to achieve, you cannot plan and execute effectively. Okay critics, what’s our proposed objective in Northern Syria? Stop with the clichés about “betrayals” and “abandoning allies” and tell me – exactly – what we would seek to achieve. And then tell me – again, exactly – how many dead Americans we should sacrifice to achieve it.

We have our own national interests to protect. The threat to America is not Turks imposing a security zone a few miles inside Syria. It’s China pumping out a couple warships a month and deploying new carrier-killing missiles using tech they steal from us under the noses of our politically preoccupied FBI and CIA. If the president’s critics in Congress really want to be tough guys, let them pass a declaration of war and let them sign their names to the butcher’s bill instead of trying to get Trump to walk out to the end of the branch so they can saw it off

Let’s be clear – and I need to be crystal clear because the gung ho gang’s MO is to mischaracterize its opponents’ views to distract from the strategic bankruptcy of its own – that fighting for the Kurds would not be immoral. It’s a good cause, but we can’t intervene every time there’s a good cause. Iraq was a good cause, and a disaster. I’d come back on active duty, if the Army was that desperate, and serve there proudly. Our troops will do everything we ask of them and more. They will lay down their lives for this cause if we send them. And that’s the point.

We owe our men and women in uniform the moral courage to make the hard decision not to fight, even when we see a grievous wrong unfolding, where there is no compelling national interest and no clear objective. We can’t garrison Syria forever. We can’t right every wrong around the globe.

How many dead Americans is it worth to stop the Turks and Kurds from brawling? I, and our president, say, “Exactly none.” Those who disagree owe us all an exact number of their own.