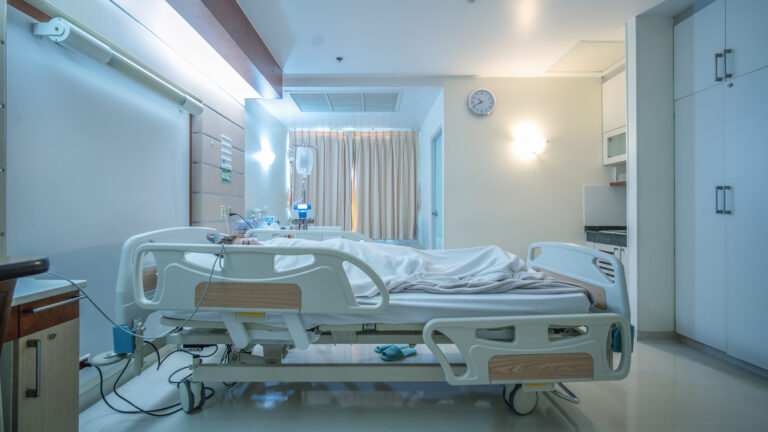 Unlike the vast majority of Americans who get sick, President Trump is reaping the benefits of single-payer, single-provider health care.

He doesn’t have to deal with networks, deductibles, or co-pays at Walter Reed National Military Medical Center. The president will not face the familiar onslaught of paperwork, the confusing “explanations of benefit,” or the ongoing bills that distract so many Americans as they attempt to recuperate from their illnesses.

Those covered by Medicare, as Mr. Trump would be if he were a private citizen, must also navigate supplementary coverage and a complex and often confusing web of rules and regulations.

The president’s health care is free at the point of delivery, funded from general taxation, and paid for by all taxpayers.

The Defense Health Agency, which operates Walter Reed, is one of a handful of single-payer, single-provider health systems in the United States. These are fully socialized health systems. Others include the Veterans Health Administration, public correctional health systems, and much of the Indian Health Service.

These health care systems provide care that is free at the point of use, based on need, not on ability to pay. The costs are covered by general taxation, not insurance or user fees. The staff in these systems are paid salaries, so they are not incentivized to provide more or pricier care that may not be medically necessary.

Most of those eligible for government-funded health care in the U.S., including Medicare and Medicaid beneficiaries and public employees, do not receive government-provided care. These government-funded systems function as voucher programs, and the programs themselves are often administered by private insurance companies. Eligible individuals can use these vouchers to receive care at participating private health care facilities, and must navigate a complex system of eligibility requirements, participating providers and, of course, endless paperwork, to receive the care they need. These systems are programs of government-purchased health care, not government-provided health care

The British National Health Service (NHS) is the largest single-payer, single-provider health care system in the world. When it was founded in 1948, the government reminded the population that the NHS was not free, and it was not “charity.” It was paid for by everyone through taxes.

In parliament, Nye Bevan, the Welsh coal miner who was the visionary behind the creation of the NHS, stated the intention to “universalize the best,” to ensure that this publicly funded system provided the highest standard of care to everyone. Bevan felt strongly that a just health care system must include everyone, not only the neediest, writing “the essence of a satisfactory health service is that the rich and the poor are treated alike, that poverty is not a disability, and wealth is not advantaged.”

A single-payer system might accomplish this in a variety of ways, but only a single payer, single-provider system removes market incentives and the tangle of networks, contracts, and paperwork that blight the American system.

The NHS has become a beloved British institution, lauded everywhere from the Olympic opening ceremony to a cake on the Great British Baking Show. When a single-payer, single-provider system works well and is properly funded, need is the only criterion for receiving care. That means a patient and her family can get care without worrying about preauthorization, payment plans, surprise bills, or out-of-network specialists.

All health care systems have tradeoffs, and the National Health Service is no exception. Providing care on the basis of need means patients may not be able to choose where and when they receive elective care and may not, for example, be able to ask for additional diagnostic procedures like MRIs to achieve peace of mind. In recent years, the NHS has been severely underfunded, leading to some challenges in accessing care, and overwork and burnout among its staff.

While President Trump and his family can now focus on his recovery from Covid-19 and his health, few sick Americans have the same opportunity for high-quality health care without a morass of paperwork and bills. Whether they are among the millions of uninsured, including tens of millions who have lost access to employer-sponsored insurance in the current recession, or whether they must navigate government-funded Medicare or Medicaid or employment-based insurance, they are caught in a system where mountains of forms and impenetrable eligibility and payment policies stand between patients and their needed treatment.

The president’s experience with single-payer, single-provider health care shows us there is a better way.

Rebecca Kolins Givan is an associate professor in the School of Management and Labor Relations at Rutgers, the State University of New Jersey, and the author of “The Challenge to Change: Reforming Health Care on the Front Line in the United States and the United Kingdom” (Cornell University Press, 2016).