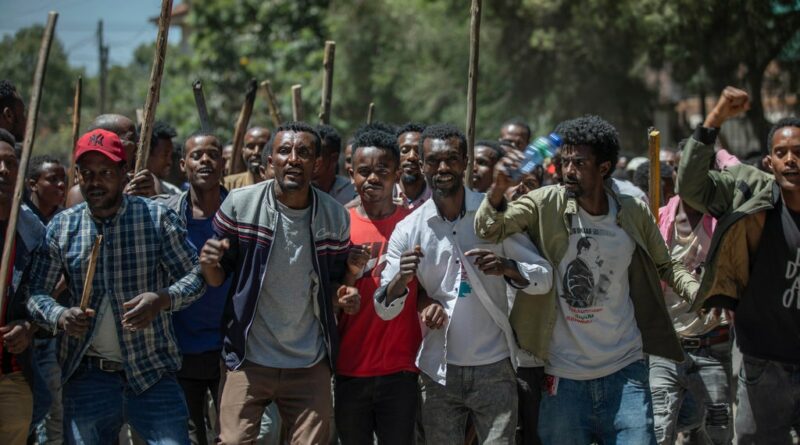 ADDIS ABABA —Much of the fighting seen during protests in Ethiopia this week was ethnically tinged, eyewitnesses said on Saturday, describing attacks by young men from the Oromo ethnic group against people from other ethnic groups.

There were clashes in several cities in Oromiya, Ethiopia’s most populous province, underscoring the spectre of ethnic violence that the United Nations says has already internally displaced more than 2 million people.

After activist Jawar Mohammed said police had ringed his home in Addis Ababa and tried to withdraw his government security detail, his supporters quickly took to the streets on Wednesday and Thursday to protest against his treatment.

Crowds of young men from his Oromo ethnic group quickly turned their anger against Prime Minister Abiy Ahmed, also an Oromo, saying that he had betrayed them by mistreating Jawar.

But the young men also lashed out against people from other ethnic groups, three eyewitnesses said.

Oromiya’s top police official said: “There was a hidden agenda to divert the whole protest into an ethnic and religious conflict.

Tefera had said late on Friday that 67 people had been killed in the region in two days of protests.

The majority of the deaths came from fighting between civilians, he said. Police have arrested 150 people in Oromiya region so far in connection with the violence.

Sixty-eight people were arrested on suspicion of robbing and attempting to burn a mosque and an orthodox church in the city of Adama in Oromiya, the city’s mayor said in an interview on a state-run broadcaster. He said the suspects took advantage of peaceful protests to spark ethnic and religious conflict.

A 69-year-old man in Dodola, a town about 300 km (185 miles) south of the capital in the Oromiya region, said he saw young men carrying sticks and metal rods in a part of town where people from the Amharic ethnic group are known to live, attacking and setting fire to houses.

He said the young men shouted “Qeerroo can do this….and that” in the Amharic language as they rampaged through his neighborhood.

He said he also heard them speaking the Oromo language.

The man said the group took to the streets suddenly on Wednesday morning, when people were on their way to work.

“I saw the corpses of seven people who were killed by the youths,” he said. “They all were beaten to death using sticks, metal rods and machetes. I managed to save my life by hiding here and there.”

The Dodola hospital has treated 56 people since violence began, nearly 35 of them appearing to have been beaten with sticks and machetes, the rest with gunshot wounds, an official there said.

Priest Firesebhat Getachew, head of an Orthodox church in Dodola, said eight people killed this week had been buried at his church and 3,000 more were sheltering inside its compound.

“The attackers targeted Orthodox Christians,” he said by phone, adding that the victims were from the Oromo, Amhara, and Sidama ethnic groups. “The area is dominated by Muslims, and they don’t want us and the church there.”

The violence along ethnic and religious lines is one of the biggest challenges yet for Abiy in Ethiopia, Africa’s second-most populous nation.

As the country approaches elections in 2020, the sweeping political freedoms he has overseen have empowered ethnic strongmen building powerbases by challenging the government.

“This was just the trigger,” Fisseha Tekle, Ethiopia researcher at Amnesty International, said of the protests that led to violence. “There was something brewing under the surface. If the government doesn’t tackle the basic problem among the communities, this may erupt again.”

In Alem Gena on the outskirts of the capital, a woman watched from inside the gate to her home as young men speaking Oromo destroyed signs written in Amharic. “A young man standing on the side of the road asked them why they were doing this. Then they started to attack him with a stick,” she said.

Reuters could not verify in all circumstances who was responsible for starting the violence.