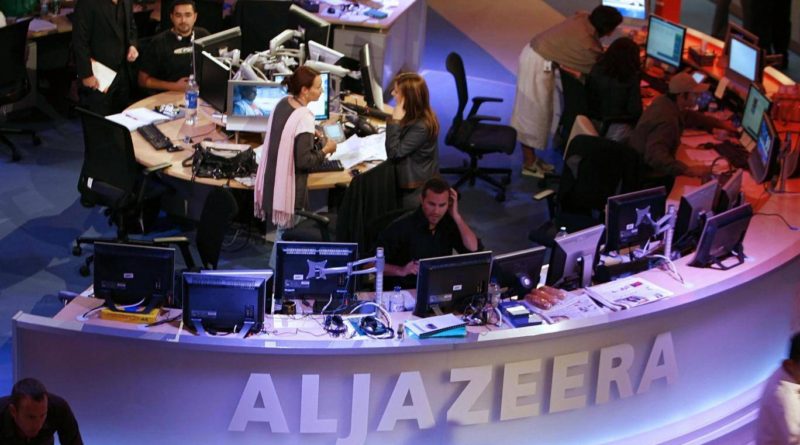 So when am I going to be able to watch Al Jazeera’s hard-hitting investigation into Israel’s powerful lobby in the United States? Remember Al Jazeera? The tough, no-holds-barred Middle East satellite channel that transformed Qatar into a media empire whose reports frightened dictators and infuriated potentates and presidents alike? Why, George W Bush once wanted to bomb its headquarters in Doha – so it must have been doing something right. It even has an office in Jerusalem.

But something seems to be amiss. Not Al Jazeera’s disastrous American venture, which was supposed to break free of the dross on CNN and Fox News and ended up looking just like CNN or Fox. Nor the tragicomedy of its journalists’ imprisonment in Sissi’s Egypt, banged up by Cairo’s farcical laws and the stupidity of Al Jazeera’s own management in Qatar.

No, I’m talking about a documentary called The Lobby, directed by one of Al Jazeera’s top journalists, Clayton Swisher, the man whose exclusive (and book) on the “Palestine Papers” blew open the secret and scandalous American-led negotiations between Israelis and the Palestinian authority between 2000 and 2010. But after months of postponement, The Lobby, which secretly filmed pro-Israeli US activists and Israeli government officials and was completed last autumn, is still no nearer to being shown – and Swisher himself has taken a paid leave of absence. He even chose to explain his frustration in an article for the progressive American Jewish magazine Forward, which has always maintained a liberal and often very critical view of Israel.

“Don’t mistake me – I love Al Jazeera,” Swisher told me this week. “I love working for Al Jazeera. They’ve done fantastic things. And they look after their staff very well. But our new documentary doesn’t seem to be getting on air.”

In his published explanation, Swisher described how his award-winning investigative unit – which he says operates “without [Qatari] government interference” – sent an undercover reporter to look into “how Israel wields influence in America through the pro-Israeli American community. But when some right-wing American supporters of Israel found out about the documentary, there was a massive backlash. It was even labelled as antisemitic in a spate of articles.”

Nothing surprising there, you might think. Any reporters who have dared to criticise Israel grow used to the vile smear of antisemitism thrown over them – but there was an even more disturbing background to Swisher’s attempts to get his documentary on the air.

Read more of the story……