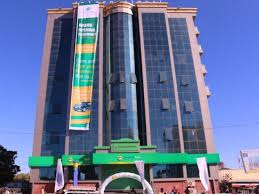 Somaliland is an unlikely success. Somali dictator Siad Barre’s genocidal wrath destroyed more than 80 percent of Hargeisa, Somaliland’s capital city, and leveled other towns. And yet, despite a lack of formal international recognition or external assistance, it has reconstructed its cities and built a communications infrastructure that rivals any country in Africa if not beyond.

In contrast, Somalia receives generous assistance from traditional donors like the United States, European Union and World Bank. Between 1991 and 2011, Somalia received more than $50 billion in aid. Excluding humanitarian and security assistance, development aid from the traditional donors alone is considerably is above $1 billion annually. Increasingly—and with less transparency—from Turkey and Qatar.   In one day in November 2018 when both the European Union and World Bank approved new aid totaling $250 million for Somalia, intended mainly for   budgetary support. New aid in that one day is more than the entire annual budget of Somaliland, which is raised through taxation.

The impact of foreign aid on people’s lives in Somalia has been limited, however, due both to corruption and poor absorptive capacity. While a significant portion of donor funds goes directly into government coffers, Somalia has failed to distribute it equitably throughout the country.  By sheer necessity, therefore, Somaliland has established a taxation system, which has built capacity and created a more sustainable economy not dependent on continued assistance from the donor community.

Somaliland’s economic stewardship is generally good. It spends about two-thirds of its budget on maintain peace and security, given the general volatility in that region, and on governance. The remainder is spent on basic services like health and education. There is little excess available for development. Although the United Kingdom, Norway, Denmark, the Netherlands, and Germany do provide some additional development assistance and have created a Somaliland Development Fund, albeit at $15 million per year, this remains several orders of magnitude below what Somalia receives.

While it is easy for Somaliland to compare itself favorably to Somalia, such a comparison should not be reason to stop reform within Somaliland. Somaliland’s businessmen have done well not only in bringing clan leaders to the table for peace talks when the rest of Somalia descended into chaos, but also for their efforts to seek not subsistence, but first world standards. That is certainly the case with Somaliland’s two large cell phone companies, Telesom and Somtel, which maintain not only a cell phone system that competes globally in terms of quality and technology, but also established a financial system to enable a virtually cashless economy for which many developed countries strive.

Somaliland’s business climate also increasingly attracts multinational firms. Coca Cola maintains its second-largest African bottling plant in the country. Somalia, despite the privileges that come from international recognition, has been unable to attract significant private investment. While Turkey brags about its investment in Mogadishu’s airport and port, the Emirati investment in the Port of Berbera and Berbera’s airport is more sustainable and, from a commercial standpoint, wise. Berbera already serves a lucrative trade corridor to Ethiopia, and the conversion of its airport to a logistical cargo hub could bring both Emirati investors and Somaliland tens of millions of dollars in profits and fees. As corruption hobbles Djibouti and China leverages its investment to undercut Djibouti’s traditional even playing field, Somaliland could fill the gap in importer-of-record trade.

Still, as important as private enterprise has been to Somaliland, a lack of regulation and consolidation of monopoly control can undermine the progress already made. Competition must be the bedrock of free markets. When any company or interest grows too powerful, it can be tempted to shut out upstarts, not with quality of product but rather with control over financial infrastructure. Somaliland still lacks modern banking which can offer loans for small businesses as well as startups at more competitive rates.  The absence of completive banking system, especially conventional banks, has been attributed to opposition from religious groups as well as from the locally dominant banks.  On one hand, the fact that the conventional banking sector is well-established in almost all Muslim countries would suggest that those countries have found a way to combine the principles of conventional and Islamic banking. On the other hand, should monopolies effectively leverage clerics to shut out a more modern banking sector, it will do harm to longer-term prospects for Somaliland, even if it might be to the short-term economic interest of some major firms. A lack of government regulation and consolidation of the finance sector within just a few companies also puts the entire population’s holding at risk should any business investment among those owning the banks fail. Modern banks must be transparent; privately-owned companies are opaque.

Those monopolistic tendencies go beyond the banking sector. While some companies gained their monopoly status through business prowess and provision of much-needed services, their current suppression of competitors undercuts job prospects for Somalilanders. High unemployment among young men has already led to an uptick in crime, although nothing compared to what occurs in Mogadishu. Idle youth also provide openings for outside extremists to try to radicalize disaffected youth.

Somaliland is not now in danger, but its success may be tarnished if Somalilanders blame their problems only on the lack of international recognition—something which will likely come sooner rather than later as Somalia falls farther behind and teeters on the brink of chaos. If Somaliland is to take the next step and position itself not only to be Africa’s newest state but also among its more sustainable and prosperous ones, its political and commercial leadership must together address the need for basic regulation on financial services and set a framework for fair competition which encourages greater innovation and broader economic growth.

Michael Rubin `is a  resident scholar at American Enterprise Institute in Washington, DC