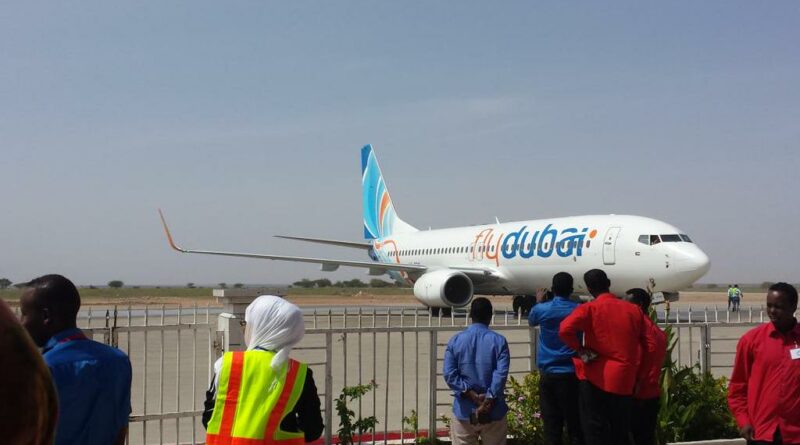 Lewis Center, Ohio—The Horncable TV (HCTV), an independent TV station, is waging a smear campaign against the safety of  the Somaliland Civil Aviation. That campaign is a part of concerted efforts by Somalia apologists to harm Somaliland government.

And, if for any reason, flight FDB661 landed in Djibouti, Newswire services would have reported it. The whole story was ‘fake news’.

But why is Somaliland Civil Aviation Authority still silent about this blatant ‘fake news’?

The Director of that agency, Captain Rodoll, is a competent, veteran pilot who knows what he’s doing. He should hold a press conference to assure the public about the safety, security and the training of air traffic controllers of Hargeisa Airport. Captain Rodoll should get to the bottom of the fake story and  find out the source of a fake letter from Fly Dubai Airline about flight FDB661 in which the HCTV alleged that it received from SL Civil Aviation Authority.

But by any international aviation standard, Hargeisa Egal International is safe to travel. Since Fly Dubai and other carriers started flying to Hargeisa, passengers enjoy flying with safer airplanes and cheaper fares. By contrast, in the past, the fare Dubai-Hargeisa used to be $650  for a three hour flight while using unsafe airplanes with unreliable schedules.

Today, there are two daily flights from UAE to Somaliland. Moreover, Air traffic controllers at Hargeisa Airport are well trained to guide airplanes safely. Also, a typical airport like airport does not need over dozens of air controllers.

On flight FDB661 story, HCTV has failed to contact SL Civil Aviation to learn about their side of story. Any good journalist knows that there are many sides to all stories; making up stories or assumptions without verification is unacceptable.

HCTV neither offers legitimate news; nor does it verifies its stories, and mostly it’s bias against Somaliland.

In fact, HCTV is no longer doing the job of a traditional or real journalism. It receives money from the stories it propagates for the agenda of foreign clients or local bad actors.  For instance, last October, HCTV broadcasted a paid advertisement, or informational in which a group of Somalilanders were praising the Djibouti dictator.

Actually, most of the so-called Somali media have become a venue to promulgate propaganda for cash, and they have become so corrupt to even inform the public what is going on or the facts. And now, the HorncableTv has joined those dishonesty media.

For those unfamiliar with HCTV owner, here’s a little background. Farhan Ali, who has no background in journalism, founded The TV station in 2003.Its Headquarters is in Hargeisa, Somaliland. The TV station is not a profit making enterprise due to the limited advertisement revenue available in an impoverished country.

Instead,, he receives most of his revenue from a lucrative government contracts. For instance, former Silanyo administration awarded him a multi- million  no bidding contract to haul WFP food shipment from Berbera port.As a gentlemen agreement, Farhan  agreed  that HCTV to broadcast positive stories on President Silanyo and to ignore the excesses of the Silanyo administration.

But when President Bihi took over the presidency, to curb corruption, he initiated a review for all government contracts—including Farhan’s contract with Somaliland government.

As a result, Farhan started the dissemination of ‘fake news’ stories against Somaliland as extortion to keep his lucrative contracts. He does not care about Somaliland or the security of our aviation—— and how his ‘fake news’ report could harm Hargeisa Airport and the thousands of passengers who use it.

What is surprising is that Farhan’s brother is the chief Justice of Somaliland Supreme Court; he also receives contracts worth millions from Somaliland government. Yet, he’s plotting to tear down Somaliland through misinformation, propaganda and ‘fake news’. This is absurd.

But the owner and the management of the HCTV have responsibility to report accurately and fairly, especially cases involving airport safety. We should hold  Farhan accountable, because his misinformation campaign is giving aid and comfort to our enemy.

The story on the Fly Dubai flight FDB661 has failed to meet even the basic standard of journalism. Therefore, the government should shutdown the HCTV’s ‘fake news’ and propaganda before it does more harm to the safety and security of our nation.