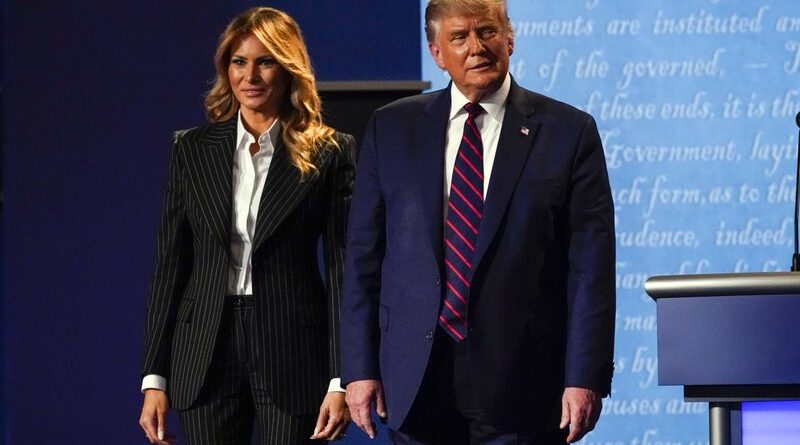 Washington DC—The White House said Friday that President Donald Trump was suffering “mild symptoms” of COVID-19, adding that he was in good spirits and working in the family quarters though the announcement of his illness threw the country deeper into uncertainty just a month before the presidential election.

The revelation came in a Trump tweet about 1 a.m. after he had returned from an afternoon political fundraiser without telling the crowd he had been exposed to an aide with the disease that has killed more than 205,000 Americans and more than a million people worldwide.

First lady Melania Trump also tested positive, the president said, and several others in the White House have, too, prompting concern that the White House or even Trump himself might have spread the virus further. The Trumps’ son Barron, who lives at the White House, tested negative.

Trump has spent much of the year downplaying the threat of the virus, rarely wearing a protective mask and urging states and cities to “reopen” and reduce or eliminate shutdown rules.

Trump’s Supreme Court nominee, Judge Amy Coney Barrett, who was with him and many others on Saturday and has been on Capitol Hill meeting with lawmakers, also tested negative, the White House said.

Trump’s diagnosis was sure to have a destabilizing effect in Washington and around the world, raising questions about how far the virus has spread through the highest levels of the U.S. government. Hours before Trump announced he had contracted the virus, the White House said a top aide who had traveled with him during the week had tested positive.