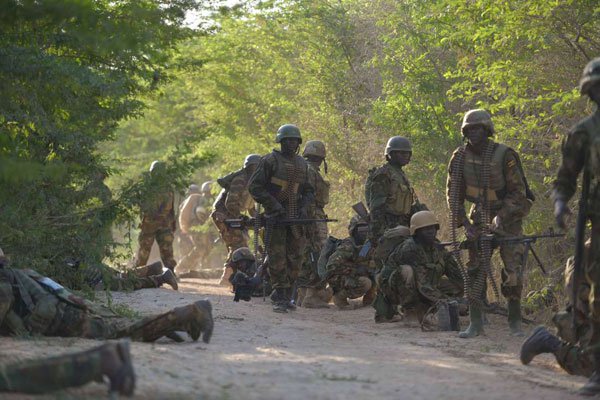 KAMPALA–Ugandan army is investigating the circumstances under which one of its soldiers deployed in Mogadishu, Somalia, shot his administration officer dead before killing himself.

A source in Mogadishu told the Daily Monitor that the soldier who ran amok was irked by the supervisor, and that four soldiers in total died in the Saturday shooting incident.

The Uganda People’s Defence Force (UPDF) spokesperson, Brig Richard Karemire, however, said only two soldiers perished and investigators are working to establish the motive of the errant soldier.

“The motive isn’t yet known. We want to know whether he was insane or not,” Brig Karemire said by telephone Sunday.

The incident happened at the main base, which is the central nerve of African Union Mission in Somalia (Amisom), to which Uganda was the first and to-date still the largest troop contributor.

The identities of deceased have not yet been released.

Shootings among UPDF soldiers are uncommon when on mission outside the country or at home.

In recent times, most shootings by soldiers have targeted civilians, with a number attributed to love-gone-bad incidents and property wrangle.

However, in 2016, Sgt Isaac Obua shot dead seven of his colleagues inside Makindye Military Police Barracks in Kampala.

Pte Isaac Newton Okello was in December 2018 convicted for killing a pregnant woman, her husband and son in Alebtong District and sentenced to 80 years imprisonment.

In December, 2012, L/Cpl Herbert Rwakihembo, attached to the Military Police, shot dead his fiancée, Irene Namuyaba and two others at Luzira.