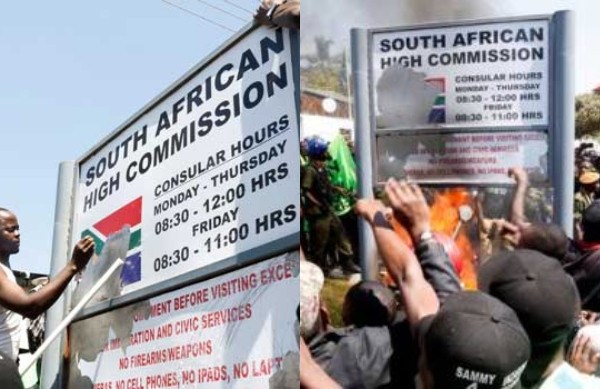 A Pick n Pay store in the East Park Shopping Mall in Lusaka, Zambia, was attacked by protestors on Wednesday morning.

Fin24 understands that the store, as well as the other shops in the mall, have been closed. The mall also has a Builders Warehouse and Food Lovers Market, both South African companies. The store is located on Thabo Mbeki Road in Lusaka

A video, shared on Twitter, showed young protestors running towards the store in the mall:

Another video appears to show protestors trying to break through a barricaded door of a Pick n Pay outlet, armed with shopping trolleys:

SA-headquartered companies MTN, MultiChoice and Shoprite have also been targeted by protestors following xenophobic attacks and looting against people from other African countries in Gauteng.

This follows a week of violence in South Africa, where citizens from other African countries were targeted in attackes and their stores looted. By Tuesday evening,  police had confirmed five deaths while more than 180 people had been arrested.

President Cyril Ramaphosa, speaking at a Brand SA breakfast meeting in Cape Town on Wednesday morning, condemned attacks on foreign nationals living in South Africa, saying SA is a ‘home for all”.

Nigerian President Muhammadu Buhari, meanwhile, has summoned the South African High Commissioner to Nigeria to respond to the xenophobic attacks, and dispatched a special envoy to South Africa. The chairperson of the African Union Commission, Moussa Faki Mahamat, has condemned the xenophobic violence in South Africa and called for “further immediate steps to protect the lives of people and their property.