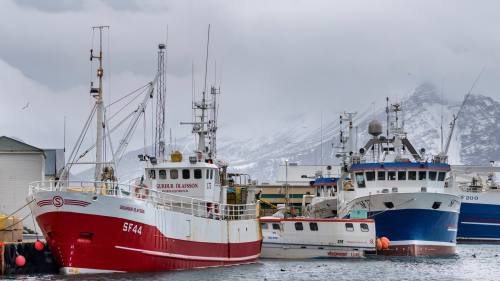 Bids were awarded to earn the southern African country $37 million, but many of the bidders did not honor their pledges and, in the end, the country earned just $510,000.

The fishing quota flop came amid ongoing investigations into the Fishrot bribery scandal, in which the Icelandic fishing company Samherji, allegedly paid bribes to get rights to fish for Namibian horse-mackerel.

About $600 million was identified by Namibia’s Financial Intelligence Centre as the possible bribes paid over several years.

Commenting on the disappointing income from the new auctions, finance minister Shiimi said:

“We have learned good lessons from this auction and that will be valuable going forward. In the future, punitive measures will be introduced, including requirements for payment guarantees or bid securities before participation in the auction,” he said. “This will ensure that bidders meet their financial commitments and will mitigate the risk of speculative bids. In addition, more time will be given to bidders to arrange their finances.”

The auction, held in part to raise funds to fight the COVID-19 pandemic, was conducted on the advice of a presidential high-level panel on the Namibian economy.

The minister said there are large amounts of unallocated quotas, including 10.9 tons of hake, 70,000 tons of horse mackerel, and 92 tons of monkfish.

Despite the disappointing result, Shiimi says fish quota auctions will be held in the future. He said the next auctions for hake and horse mackerel will be in November and January.