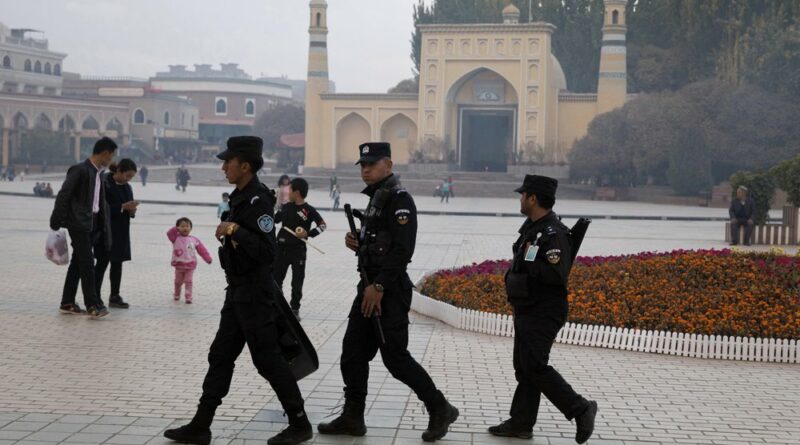 The watch towers, double-locked doors and video surveillance in the Chinese camps are there “to prevent escapes.” Uighurs and other minorities held inside are scored on how well they speak the dominant Mandarin language and follow strict rules on everything down to bathing and using the toilet, scores that determine if they can leave.

“Manner education” is mandatory, but “vocational skills improvement” is offered only after a year in the camps.

Voluntary job training is the reason the Chinese government has given for detaining more than a million ethnic minorities, most of them Muslims. But a classified blueprint leaked to a consortium of news organizations shows the camps are instead precisely what former detainees have described: Forced ideological and behavioral re-education centers run in secret.

The classified documents lay out the Chinese government’s deliberate strategy to lock up ethnic minorities even before they commit a crime, to rewire their thoughts and the language they speak.

The papers also show how Beijing is pioneering a new form of social control using data and artificial intelligence. Drawing on data collected by mass surveillance technology, computers issued the names of tens of thousands of people for interrogation or detention in just one week.

Taken as a whole, the documents give the most significant description yet of high-tech mass detention in the 21st century in the words of the Chinese government itself. Experts say they spell out a vast system that targets, surveils and grades entire ethnicities to forcibly assimilate and subdue them — especially Uighurs, a predominantly Muslim Turkic minority of more than 10 million people with their own language and culture.

“They confirm that this is a form of cultural genocide,” said Adrian Zenz, a leading security expert on the far western region of Xinjiang, the Uighur homeland. “It really shows that from the onset, the Chinese government had a plan.”

Zenz said the documents echo the aim of the camps as outlined in a 2017 report from a local branch of the Xinjiang Ministry of Justice: To “wash brains, cleanse hearts, support the right, remove the wrong.”

China has struggled for decades to control Xinjiang, where the Uighurs have long resented Beijing’s heavy-handed rule. After the 9/11 attacks in the United States, Chinese officials began justifying harsh security measures and religious restrictions as necessary to fend off terrorism, arguing that young Uighurs were susceptible to the influence of Islamic extremism. Hundreds have died since in terror attacks, reprisals and race riots, both Uighurs and Han Chinese.

In 2014, Chinese President Xi Jinping launched what he called a “People’s War on Terror” when bombs set off by Uighur militants tore through a train station in Urumqi, the capital of Xinjiang, just hours after he concluded his first state visit there.

“Build steel walls and iron fortresses. Set up nets above and snares below,” state media cited Xi as saying. “Cracking down severely on violent terrorist activities must be the focus of our current struggle.”