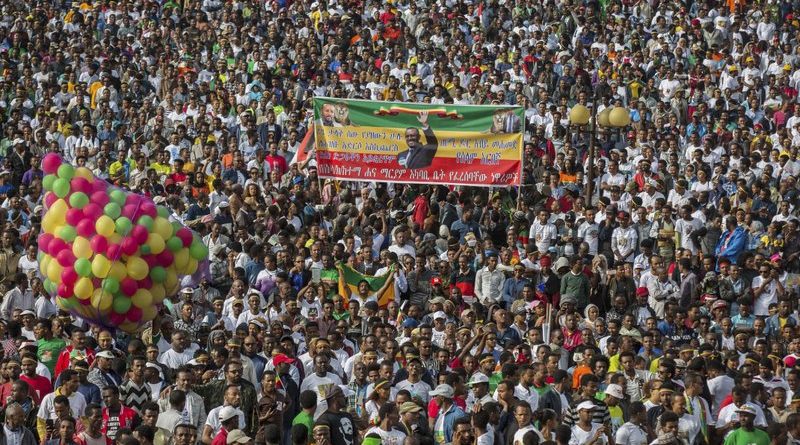 ADDIS ABABA– – Ethiopia’s ruling coalition on Thursday approved the merger of three of its four ethnic-based parties into a single national one ahead of the 2020 elections, part of the prime minister’s efforts to unite the country, but one of the parties boycotted the meeting and vote.

Prime Minister Abiy Ahmed said the decision to merge had been taken unanimously, as the dissenting members of the coalition were not in the room. He also announced that the new party would be called Prosperity Party.

“The unanimous decision passed today to merge the Party is a crucial step in harnessing our energy to work toward a shared vision. Prosperity Party is committed to strengthening & applying a true Federal system which recognizes the diversity and contributions of all Ethiopians,” he said in a tweet.

Abiy is hoping his rapid reforms can win over voters alienated by decades of abuse by the ruling coalition before next year’s elections and he frequently invokes unity.

Critics say Ethiopia’s 105 million citizens come from more than 80 ethnic groups, and that attempts to impose unity – including forming a single national political party – are doomed.

“We can’t whitewash the ethnonationalist sentiment, which is the reality,” said Zerihun Teshome, an Addis Ababa-based political analyst and chief executive of a local media company.

The Ethiopian People’s Revolutionary Democratic Front (EPRDF) set up a political system after it seized power in 1991 that gives significant autonomy to nine ethnically-based regions, which control local taxes, education, and their own security forces.

The Sidama ethnic group voted in a referendum this week on whether to create Ethiopia’s 10th region. Results have not yet been released.

The party that boycotted Thursday’s coalition meeting and abstained from voting condemned the move to form a single party as rushed and undemocratic.

“The whole process is a total sham. The prime minister didn’t follow the right procedures…it was wrong as well as undemocratic,” said Getachew Reda, a senior member of the Tigrayan party, which dominated the EPRDF before it appointed Abiy, from the Oromo ethnic group.

Reda said that Abiy had not consulted the coalition’s lower level cadres.

A spokeswoman for Abiy’s office referred a request for comment on Getachew’s allegation to the ruling coalition spokesman, who was not immediately reachable.