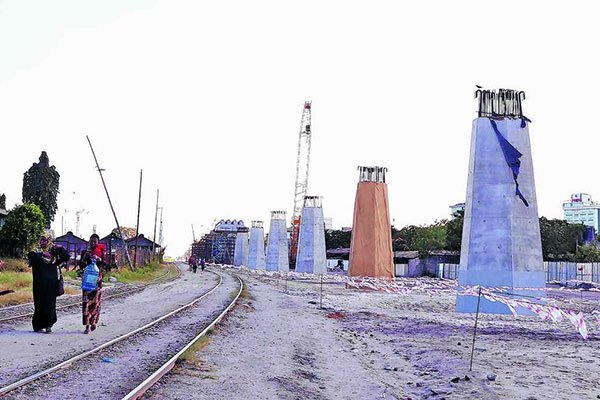 The region’s debt service-to-total revenue ratios are coming under increasing pressure as governments struggle to achieve tax targets and the window for concessional loans narrows.

Last week, the International Monetary Fund warned Uganda to go slow on its borrowing plans after it emerged that the country’s growing debt had weakened its budget metrics to the extent that one out of every five Ugandan shillings paid to the government in tax revenues goes to debt payment.

The IMF is concerned that some of Uganda’s infrastructure built using loans may not generate the projected returns while interest payments on loans are rising.

In just one month alone (March) Uganda’s domestic revenue collection fell short of target by Ush19.7 billion ($5.17 million) — the taxman having collected Ush1.33 trillion ($349.38 million) this was attributed to underperformance of value added and excise taxes.

In Kenya, the National Treasury has predicted that the public debt service to revenue ratio, which stood at 35.8 per cent in 2017 and 30.5 per cent in 2018 will rise to 33.4 per cent this year largely due to the taxman’s failure to meet revenue collection targets.

Kenya’s higher level of debt, together with rising reliance on non-concessional borrowing, have raised the country’s fiscal vulnerabilities and increased interest payments on public debt to nearly 20 per cent of total revenues.

The 33.4 per cent public debt service to revenue ratio expected in the current financial year is nearly twice 2012’s 16.5 per cent.

In the 2019/2020 fiscal year, Kenya plans to meet its revenue shortfall of Ksh608 billion ($6.08 billion) by borrowing from both local and international capital markets.
Kenya’s debt has been rising at an annual rate of 24 per cent since 2013 to stand at over Ksh5 trillion ($50 billion) by December 2018.

“Kenya’s debt changed from being productive to unproductive debt as it is not adding to the productive capacity of the economy and will therefore create a net burden as the debt is not self-liquidating pointing us towards a sharp increase in taxation,” said a fund manager with Amana Capital.

In Tanzania, the government plans to roll over maturing loans and pay interest through domestic revenues in the 2019/2020 fiscal year.

Although Kenya and Tanzania rebased their economies to boost their debt-carrying capacity, it is argued that the economic fundamentals have not changed to warrant more debt.

In 2014, Kenya rebased and increased the size of its economy by 25 per cent, a move that also propelled the country into lower middle-income status.

In the same period, Nigeria rebased its economy and overtook South Africa to become the continent’s biggest economy.

In March this year, Tanzania rebased its economy with preliminary results showing that the gross domestic product expanded 6.3 per cent in 2018 over the previous base year.
Tanzania’s revenue as a proportion of GDP, however declined to 14.4 per cent in 2018 from 15.2 per cent in 2017 according to data from the World Bank.

Dar es Salaam has relied on non-concessional loans to finance development projects in the wake of continued decline in funding from traditional creditors.

Tanzania’s share of concessional debt has declined from about 79.1 per cent in 2012/13, to around 61.2 per cent in June 2018 as the government continues to borrow from non-concessional sources.

To boost revenue collection the government is seeking to widen the tax base and enhance voluntary tax compliance through public sensitisation.

The government also reckons that all of Tanzania’s current and future borrowing, particularly from commercial sources will go to projects with higher economic and social returns.

This includes government guarantees for completion of the Kigali Convention Centre, as well as loans and leases contracted by Rwandair for the acquisition of new aircraft in anticipation of launching new service routes.