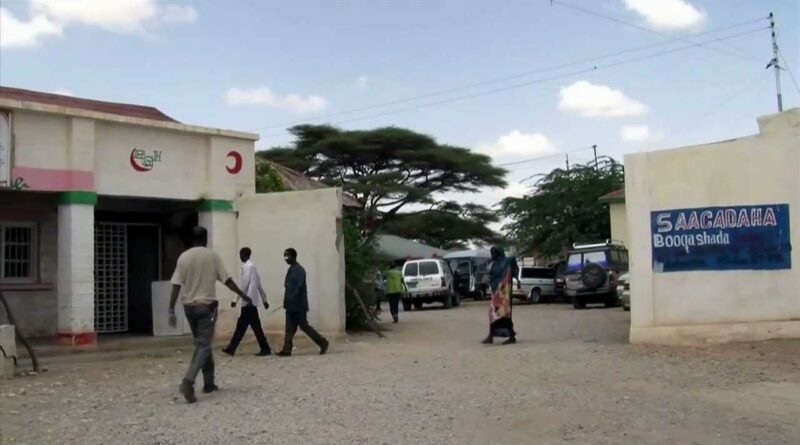 During the first week of the holy month of Ramadan, the family and relatives of Mukhtar M. Ceelaabe from Gabiley county, were horrified  after his body was left to rot on the  dusty grounds of Burco General Hospital, for 48 hours. According to the family, they have paid  $200 to keep his remains in the hospital freezer, for investigation the cause of his death.

Why do victims family have to pay money for the freezer for the police to conduct their autopsy? What is the capacity of the Burco hospital freezer?

But the family are alleging that  his remains was left to decompose for  48 hours because hospital staff removed his corpse from the freezer and replaced  it with another dead body. The body Mukhtar Ceelaabe was found at a pond on the outskirts of Burao. The pond belongs to Hersi, former member of the  corrupt Silanyo administration.

This gross  abuse of corpse from hospital staff demands full reviews Ministry of Health procedures from affected family. This lapse is un- islamic, and is shocking  and completely unacceptable. The family and relatives should not face this type of indignity.

Ministry of Health, the management of the Burco General Hospital must own up to this blunder; they should apologize to family and relatives of Ceelaabe and should discipline, or bring  justice to those responsible for this criminal conduct.

The family and relatives of Ceelaabe deserve to know the facts surrounding about the cause of  his death.

Gubanmedia is also demanding  justice for Ceelaabe: We are asking the District Attorney of Burco , or the Attorney General of Somaliland to open a thorough investigation on how Burco General Hospital  handled the body of Ceelaabe, and  how the unprofessional local police conducted the investigation on the cause  of his death .

This is the same police unit that , last year, sent a SWAT team to shut down a new Ethiopian restaurant owned by a young woman, for failing to seperate the sexes. The Burao police were taking orders from a so-called Somaliland committee for the promotion of virtues and the prevention of vice (SCPVPV), which orchestrated the raid. These un-elected religious zealots have kept a tight grip on the local government of Burao. The elected mayor, the police, the district attorney, and even courts are doing their bidding.

The conduct of the staff of the government run Burco General Hospital  and Burco police over the death of Ceelaab must be scrutinize.Why the management of the hospital let this horrendous negligence to take place? They even failed to contact the family to notify about the removal of the body   from freezer.

The grieving Ceelaabe’s family and relatives are demanding to know  the who  left the body of their loved one’s  to decompose for 48 hours on the  dusty grounds of Burco General Hospital, and the reasons.

As Dahir Good , the uncle of Ceelaabe, said in Burao, “ We’re asking Somaliland government to hold accountable the management and the staff of Burco General Hospital for  letting the body of Ceelaabe to rot on the ground of the hospital.” There can be no excuse for this horrendous negligence—-which amounts  to a blatant criminal act.