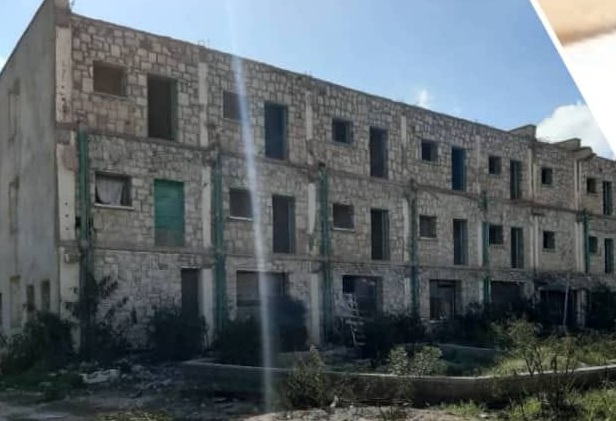 Hargeisa Club Hotel in disrepair —-weeds are growing on the grounds of the hotel. Photo on file
Guban view Opinion
May 5, 2020May 6, 2020 Ali Mohamed 428 Views 0 Comments

This week, the Bihi administration cancelled the 30- year lease of Mr. Said Yusuf Duale, a sub- clan leader, and a British citizen—-to run the sprawling government owned Hargeisa Club Hotel. President Bihi got it right for nullifying the lease because the two previous administrations had made it through backroom deals, without proper vetting.

Bihi’s decision not only would bolster his administration’s efforts to crack down on political graft and corruption of the past administrations, but also would reinforce transparency, integrity and accountability of the government.

In 2005, Mr. Dualeh leased Hargeisa Club Hotel from the former Riyaale administration. After Riyaale won the 2003 presidential election, with crucial votes from Dualeh’s Ceel Afwein district constituents, for a quid pro quo, Riyaale awarded Mr. Duale, a 20-year lease to run the government owned Hargeisa Club Hotel, without disclosing the terms of the lease to the public.

Moreover, although Mr. Dualeh has no track record of managing hotels , and lacked the finances to pay for renovations and rent; nevertheless, in 2010, the former Silanyo administration doubled down on the lease and extended it to unprecedented 30- year term.

During the time of the lease, Hargeisa Club Hotel was in disrepair and was not maintained well—-weeds were growing on the grounds of the hotel.  For the hotel not to ruin further, the Bihi administration made the right decision to terminate the lease in order to protect the public property.

Somaliland Ministry of Treasury each year expended millions to rent hotels for seminars and other government functions. Therefore, it was foolish for the government to give away the hotel, which is located the heart of Hargeisa.

Bihi would do Somaliland people a favor, if the government renovate the hotel, and run it themselves. Doing so not only would create jobs for the youth, but would also save the government money it otherwise could have spent on renting hotels and other venues.

In 2001, the first time I visited Somaliland during Somaliland referendum, Hargeisa Club hotel was a premier, government run hotel; many foreign delegations stayed at the hotel during that event. Many people were also working at the hotel, because Egal, was  a president who knew the roles and responsibilities of the government

But the Hargeisa Club lease is just tip of the iceberg on the heist of government properties and lands that has taken place during the past two previous administrations, especially Silanyo/Hirsi administration. In fact, Silanyo/Hirsi administration used shady tactics, in a massive scale, to sell or even give away government properties such as warehouses, theatres, office buildings, schools, libraries, police stations, and parks, for financial gains, or political favors.

The most egregious example is Hargeisa Women’s Club— the oldest women’s educational institution in Somaliland— where women used to learn different skills such as accounting and book keeping, nursing, cooking, as well as adult literacy.

Today, the deed of Hargeisa Women’s Club was transferred and belongs to Silanyo’s wife, and she made Hargeisa women’s learning center into a night club. Because of the greed of a few people, many women in Hargeisa lost a place where they used to learn  new skills to support themselves and their families. The former first lady and her cronies should be ashamed themselves for putting their own narrow self interests before the women’s education in Somaliland. Her action is a blatant theft, and we should hold her accountable for her action.

The main accomplices and the financiers of the robbery of public properties were actually people with financial resources, political, or clan connections, including the top business and religious leaders in Somaliland. They were in a buying frenzy for government properties or any other undeveloped lands. They were converting police stations into  hotels or shopping centers—with no parking spaces, no running water, and with 40% occupancy rate.

Just ask yourself, for past the two decades, how many of Silanyo/Hirsi  cabinet members, and mayors, had their life styles changed and became rich because of political graft, or looting of public money, after serving office ?

For example, Mr. Hirsi, Silanyo’s former chief cabinet—was bragging about that Silanyo transferred the deeds of  a million dollar bungalow in “ Shacab” area to him, as though government properties belonged to King Silanyo. That bungalow is a public property, in recent past, different aid organizations operating in Somaliland resided it, including Oxfam.

In Somaliland’s history, no public official have ever been charged, or even convicted on corruption, or theft of government properties. I hope Bihi’s decision to return Hargeisa Club Hotel to government control is the beginning of a long fight against political graft, and nepotism in Somaliland.

Kudos to President Bihi for terminating the 30-year lease of Hargeisa Club Hotel, but there is a catch, Mr. Dualeh, who has influence as sub- clan leader , could  use his position to incite communal violence, or mischief  in  the troubled  Ceel Afwein district, in retaliation  for the cancellation of the lease.

However, there is no going back to business as usual. Bihi must stay the course otherwise indecisiveness would only embolden  a very determined entrenched interest groups who use clan identity and religion to bring Somaliland progress, governance and the rule of law to a screeching halt.