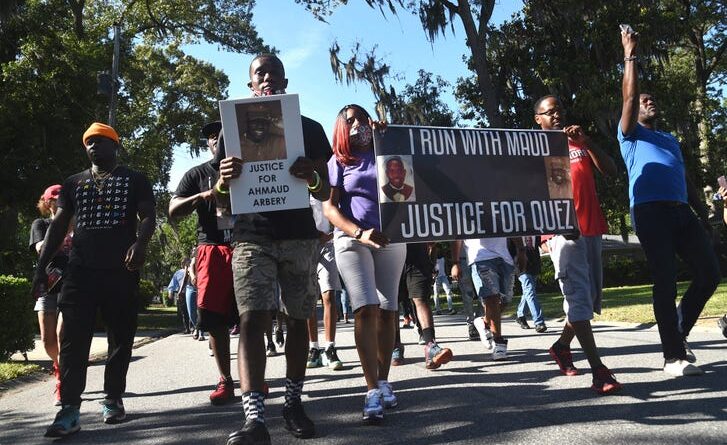 The murder of Ahmaud Arbery by armed vigilantes is a call to action for black political leadership in Georgia and across the country. The young man was jogging in the seacoast community of Brunswick when he was hunted down by accused murderers George and Travis McMichael. The incident was nothing short of a modern-day version of the “paddy rollers” of slavery days.

Besides the usual screams for white authorities to act justly, however, the black community must go further. It must devise a strategy to gain the levers of political power in the state.

True justice means taking seriously the opportunity to claim Georgia as a black-run state. True justice will make Georgia for black Americans what Utah is for Mormons, New Mexico for Hispanics, and Hawaii for Asian Americans. Only then will white instigators think twice before forming a posse to track down an innocent black man.

Stacey Abrams, who narrowly lost the 2018 gubernatorial election to Gov. Brian Kemp, should abandon the notion of being a vice presidential candidate. She is in the best position to challenge the legitimacy of the Kemp Administration. Georgia has been in a quagmire of moral and social chaos ever since Kemp’s controversial election — and the Democratic Party owes the black community its full support to make things right.

Kemp appears to have turned a blind eye to the impact of the coronavirus on the health of black and brown residents in the metropolitan regions, focusing instead on safeguarding the business and agricultural sectors. But this vision even threatens the safety of the moderate white suburbs and the Appalachian corridor.

Abrams must recognize that her quest for statewide power is of historic importance, far more than the seeking of a secondary political office. Black access to state governance in the South has been thwarted since the Reconstruction. While there have been gains in Virginia and North Carolina, the state of Georgia is key to black freedom in the region. Abrams is uniquely capable of forging a winning black-led political coalition with white moderates and Christians of true moral conscience.

Such an alliance can create a new and sustainable governing relationship for a generation. The establishment of a political realignment in Georgia will create opportunities for black and white millennials: The state is a laboratory for health and education policies, training ground for young leaders, a setting for small business and overseas trade, and sponsor of representation in the Senate.

Once the pandemic settles down, the Congressional Black Caucus should demand the House revisit an inquiry into the allegations of election fraud in 2018. The hearings could provide information on the potential tactics of fraud in upcoming elections and on the ways to update the Voting Rights

Just as important, however, is the need for black political leaders to devise their own winning strategy. A component to any such strategy is to grow the black voter base — the state’s black population is about 32 percent — while also attracting about 20 percent of the non-black electorate. One way to grow the voting base is to promote the acceleration of the existing trend of migration to the state.

According to a 2019 study, “A Change in Politics with More Black Voters in the Deep South,” conducted by PEW Stateline, more blacks have flocked to the Atlanta metropolitan region than to any other area of the country. This includes students, professionals and retirees drawn to the culture and family ties of the South. Black cultural leaders should build on this trend with an eye towards maximum political impact. They should devise a campaign to promote Georgia as a destination for black retirees, much as Florida is a destination for white retirees of the Northeast.

Henry McNeal Turner, a Georgia political leader during the Reconstruction, bishop of the African Methodist Episcopal Church and chancellor of Morris Brown College in Atlanta, cautioned his people to trust neither the Republican Party nor the Democratic Party. His call was for a political independence that served the core interest of the folk. He wrote, “And till we have black men in the seat of power, respected, honored, beloved, feared, hated and reverenced, our young men will never rise.”

Unfortunately, Ahmaud Arbery was denied the chance to live to his full potential. Yet his death need not be in vain. The incident can be a catalyst for a new political alignment in Georgia. Now is the time for black leadership to devise a pathway to power in the state. Only then will young men be free to walk the streets without fear of attack.

This article was originally appeared on the Hill