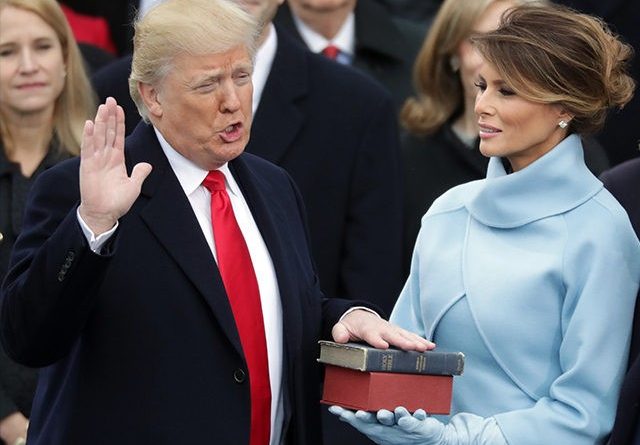 Support for impeaching President Trump and removing him from office has surged by 9 points in the latest Monmouth University national poll, driven by a double-digit spike in support among independent voters.

The new survey finds that 44 percent of voters believe that Trump should be impeached and removed, against 52 percent who disagree.

The previous survey from August found only 35 percent support for impeachment and removal, marking a 9-point month-over-month gain.

The swing in favor of impeachment and removal is driven largely by independent voters, with 41 percent saying they support it, up from 30 percent in August.

Support among Democrats for impeachment and removal increased from 69 percent to 75 percent, while support among Republicans went from 2 percent in August to 9 percent in September.

Still, Monmouth pollster Patrick Murray noted that support for impeachment and removal is not markedly higher than it has been at other points in Trump’s presidency.

For instance, in March of this year, about a month before special counsel Robert Mueller’s report was released, support for impeachment and removal stood at 42 percent in favor and 54 percent against.

“Yes, support for impeachment has increased over the last week, but it’s not significantly higher than where it has been at other points in Trump’s presidency,” Murray said. “At least not yet.”

The House moved forward with an impeachment inquiry last week after a whistleblower alleged that President Trump urged the president of Ukraine to investigate former Vice President Joe Biden, a top contender for the Democratic presidential nomination.

The whistleblower also alleged that the White House sought to “lock down” records of the communication between Trump and Ukrainian President Volodymyr Zelensky.

Sixty-three percent of voters overall said it was inappropriate for Trump to ask Zelensky to investigate Biden.

The Monmouth survey found Trump’s job approval rating at 41 percent, with 53 percent saying the do not approve of the job he’s doing. The president’s approval rating has been stuck between 40 percent and 44 percent for the past 12 months.

“Most of the public may not be on board with drawing up articles of impeachment just yet, but opposition to heading down that road has softened after recent events,” said Murray. “Americans do appear to be somewhat disturbed by what they heard last week. Not that it changes their underlying opinion of the president, but it does slightly shift which actions they feel should be taken.”

Still, the controversy appears to be sowing doubts in the minds of voters about Biden, as Trump and his allies allege that Biden sought to have the Ukrainian prosecutor fired to protect his son Hunter Biden, who was on the board of directors for a Ukrainian energy company that had at one point been under investigation.

The Obama administration has long said it pushed for the prosecutor to be removed because he wasn’t doing enough to root out corruption.

“Trump may be facing backlash for this call but the irony is now that its contents are out there, it may actually help with his objective,” Murray said. “And that is to sow doubt about Biden among voters.”

The Monmouth University survey of 1,161 U.S. adults was conducted between Sept. 23-29 and has a 2.9 percentage point margin of error.