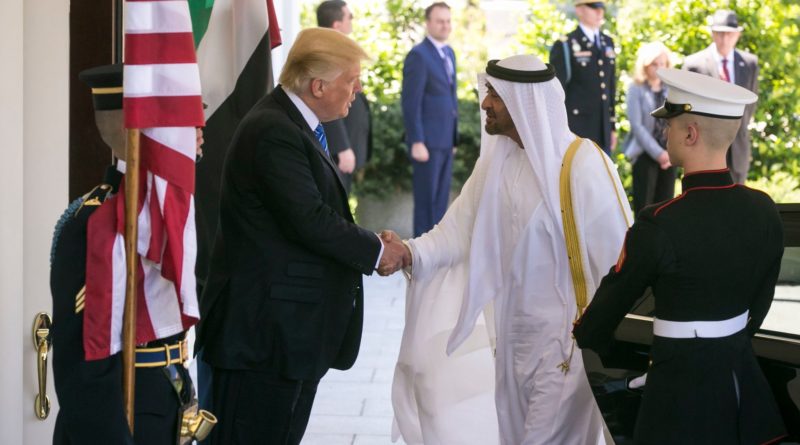 Prince Mohammed bin Zayed grew the U.A.E.’s power by following America’s lead. He now has an increasingly bellicose agenda of his own. And President Trump seems to be following him.

In 1991, in the months after Iraq’s invasion of Kuwait, the young prince wanted to buy so much military hardware to protect his own oil-rich monarchy — from Hellfire missiles to Apache helicopters to F-16 jets — that Congress worried he might destabilize the region.

But the Pentagon, trying to cultivate accommodating allies in the Gulf, had identified Prince Mohammed as a promising partner. The favorite son of the semi-literate Bedouin who founded the United Arab Emirates, Prince Mohammed was a serious-minded, British-trained helicopter pilot who had persuaded his father to transfer $4 billion into the United States Treasury to help pay for the 1991 war in Iraq.

Richard A. Clarke, then an assistant secretary of state, reassured lawmakers that the young prince would never become “an aggressor.”

“The U.A.E. is not now and never will be a threat to stability or peace in the region,” Mr. Clarke said in congressional testimony. “That is very hard to imagine. Indeed, the U.A.E. is a force for peace.”

Thirty years later, Prince Mohammed, now 58, crown prince of Abu Dhabi and de facto ruler of the United Arab Emirates, is arguably the most powerful leader in the Arab world. He is also among the most influential foreign voices in Washington, urging the United States to adopt his increasingly bellicose approach to the region.

Prince Mohammed is almost unknown to the American public and his tiny country has fewer citizens than Rhode Island. But he may be the richest man in the world. He controls sovereign wealth funds worth $1.3 trillion, more than any other country.

His influence operation in Washington is legendary (Mr. Clarke got rich on his payroll). His military is the Arab world’s most potent, equipped through its work with the United States to conduct high-tech surveillance and combat operations far beyond its borders.

For decades, the prince has been a key American ally, following Washington’s lead, but now he is going his own way. His special forces are active in Yemen, Libya, Somalia and Egypt’s North Sinai. He has worked to thwart democratic transitions in the Middle East, helped install a reliable autocrat in Egypt and boosted a protégé to power in Saudi Arabia.

This article was originally published in the New York Times